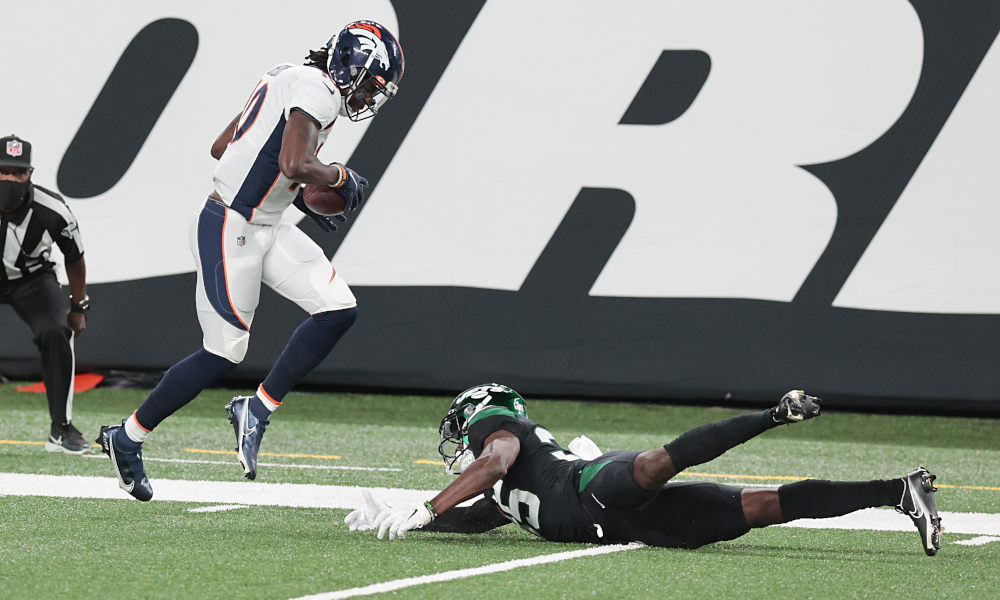 He was labeled as the “most complete” wide receiver in the 2020 NFL Draft class.

Jerry Jeudy produced a strong career at Alabama and was taken at No. 15 overall by the Denver Broncos.

RELATED: Alabama has an intriguing position battle for starting punter this season

After being a Fred Biletnikoff Award winner, Consensus All-American, and two-time first-team All-SEC selection in college, the South Florida native turned in a good rookie season in the National Football League. The 6-foot-1, 193-pounder had 52 catches for 856 yards with three touchdowns. His average of 16.5 yards per catch was good for seventh in the league among receivers.

Despite having two 100-yard games, Jeudy also suffered some dropped passes. He was targeted 113 times, and he told reporters during this week of OTAs that he’s working on not doing things too fast. As he enters his second season, the 2017 national champion is more comfortable with the playbook and the timing of Denver’s offense.

File this under things we love to see: @jerryjeudy making plays. 🔥 pic.twitter.com/AxA3e7xS30

Jeudy made some big plays in the Broncos’ fourth practice, including a touchdown reception from Drew Lock. He is one of the best young route runners in the league, and he’s building chemistry with Lock. His focus has been on training and making the right plays on the field. Media pundits have been falling over the young quarterbacks, but Jeudy represents the new wave of wideouts who are prepared to run the NFL. Crimson Tide fans are looking forward to watching him have a successful season.