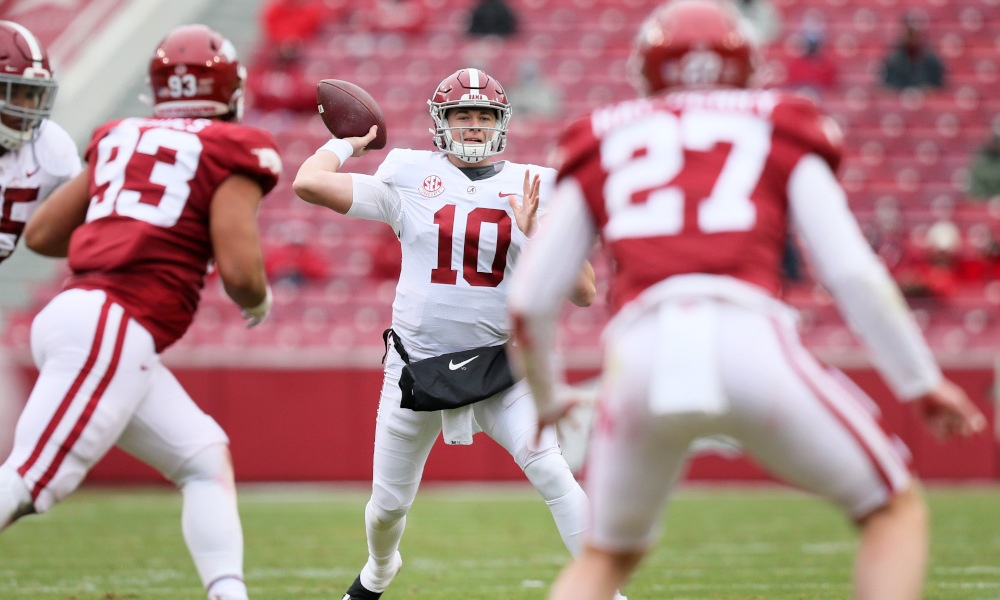 By the time the NFL Draft comes around the selections have been so widely discussed that once the first team is on the clock its as if the fans have already seen the cheat sheet to each franchises pick. Yet every season the draft if filled with unexpected picks, and 2021 was no different when the San Francisco 49ers drafted its quarterback of the future in Trey Lance at No. 3.

Although Lance was seen as one of the top quarterbacks in the draft, the pick was a bit of a surprise nonetheless. Leading up to draft day, reports had been swirling that the Niners were all in on Alabama quarterback Mac Jones.

Instead the 49ers rolled the dice on the strong arm from North Dakota State.

Months after the 49ers picked its quarterback of the future, head coach Kyle Shanahan still finds time to laugh about how fans believed they had the inside look at what the team was thinking.

“I do laugh at . . . that everyone thinks that they know exactly what I want at quarterback because I thought we had a chance to get [Kirk Cousins], the number one free agent quarterback who was going to be on the market in our second year,” Shanahan told Tim Kawakami of TheAthletic.com. “And since we did, people just assume that’s how I would draw it up, which if you draw it up, obviously you’re going to give the guy everything.

“I do believe that you have to be able to win from the pocket in this league as a quarterback or it will catch up to you. But holy cow, if you can run, it makes playing from the pocket a lot easier because those defenses are going to change and stuff.”

Jones ultimately slid to the New England Patriots at No. 15 where he will compete for the starting role with former Auburn quarterback Cam Newton.