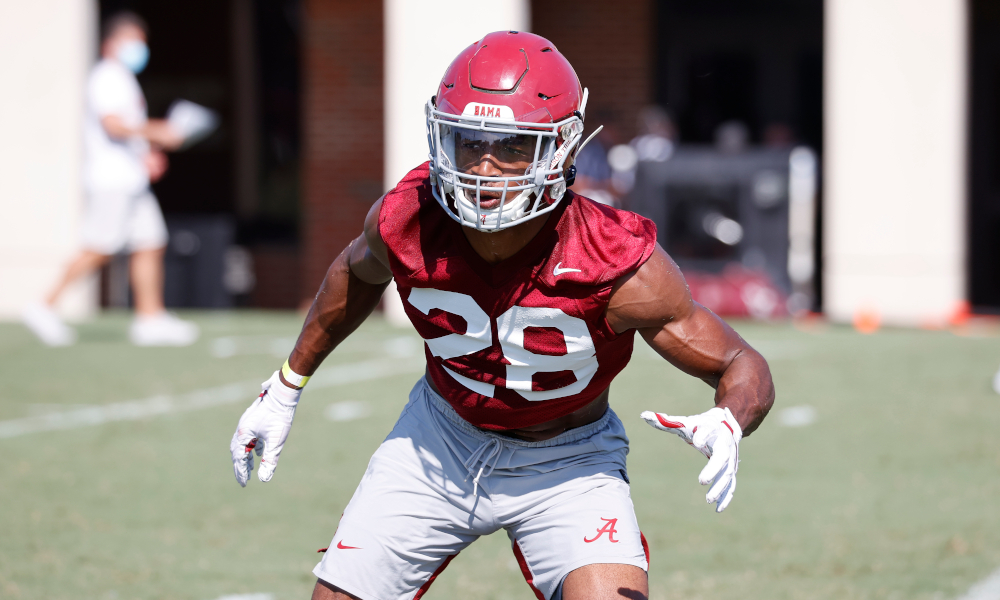 Josh Jobe returns as the most experienced cornerback for Alabama football.

The South Florida native has been regarded by Jim Nagy of the Reese’s Senior Bowl as an early-round defensive back for the 2022 NFL Draft.

After watching Patrick Surtain II lead the secondary to a national championship, Jobe now has an opportunity to pace the Crimson Tide to back-to-back titles. He is coming off a strong season in 2020, where he totaled 55 tackles (2.5 for loss), two sacks, 11 pass breakups, two forced fumbles, and one quarterback pressure.

Jobe was named the Thorpe Award’s Player of the Week for his performance versus Louisiana State University. He tallied six tackles, one sack, and two breakups in pacing a defense that allowed 17 points in a 52-17 victory. The 6-foot-1, 192-pounder was a four-time Defensive Player of the Week performer from Alabama’s coaching staff.

Jobe made Walter Camp’s Preseason All-America Team as a second-teamer.

On Tuesday, the Pacific Club IMPACT Foundation selected him as one of 42 student-athletes to be a preseason candidate for the Lott IMPACT Trophy. Named after Ronnie Lott, a College and Pro Football Hall of Famer, the honor represents the athlete who best displays integrity, maturity, performance, academics, community, and tenacity both on and off the field.

Since 2004, DeMeco Ryans was the lone Tide player to win the defensive IMPACT player of the year in college football.

Hopefully, this season will be one for Jobe to accomplish the feat.