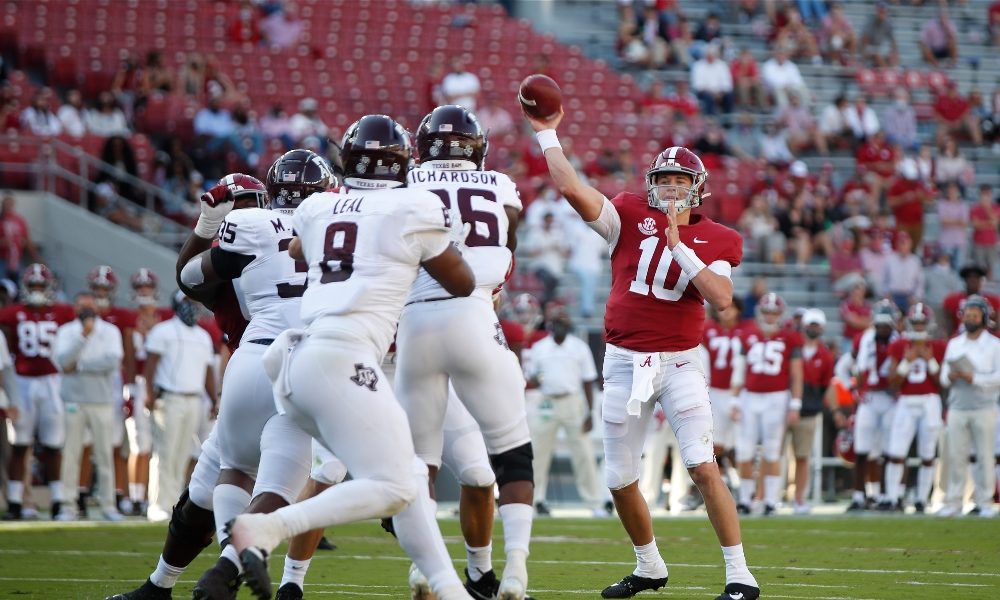 Mac Jones does not rest on past successes.

He is constantly focused on areas to improve in his game. This work ethic started from childhood and made him a productive quarterback at The Bolles School. His desire to be the best pushed him to the limit at the University of Alabama.

He was compared to Jalen Hurts, Tua Tagovailoa, and Bryce Young, but Jones carved his own lane and was dominant. Despite the critics, he carried the Crimson Tide to its most explosive offensive season in the Nick Saban era.

Jones set a single-season school record for passing yards (4,500), while his 77.4 percent completion was the highest in college football history. He has never allowed external factors to dictate his success. Jones is drawn to production and his national championship season in 2020 created an opportunity for him to be a first-round NFL Draft pick. In preparing for his rookie season with the New England Patriots, he is working with David Morris — the head coach of QB Country in Mobile, Ala.

According to Morris, Jones has ‘productive paranoia.’ He is always moving, working, and striving for perfection.

Jones is about executing every rep, play, and throw the right way. If his technique is not perfect, he gets frustrated with himself because of the competitor he is. He was arguably the hardest working signal-caller in the draft class; however, Jones never wants to have the feeling of someone working harder than him.

His mindset has him in a position to beat out Cam Newton in training camp and become the starting quarterback for the Patriots.

Crimson Tide fans are excited to see this happen on the field.