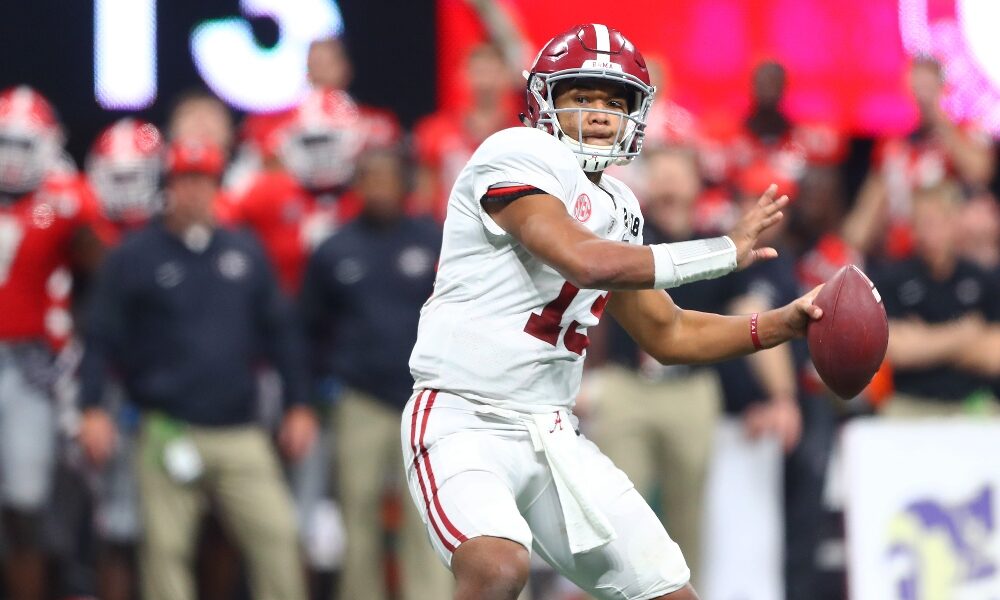 On July 1, a new era began in college football as student-athletes were finally allowed to receive compensation while using their name, image and likeness. Players immediately flocked to social media to announce their new marketing deals and to share their professional contact information for future potential suitors.

Now student-athletes lives will continue to change even more so with the avenue to profit during their tenure in school.

Along with the countless endorsements the athletes were receiving, conversation was sparked surrounding previous players and who would have benefited the most from their own NIL.

When thinking about the highest level of collegiate athletics there is no better start to the discussion then the long history of talent Alabama football has produced. Below are five names who would’ve been able to make the most out of their endorsements should the protocols have existed from the start.

Although his career was derailed by injury, Tyrone Prothro could have been a big sign for any potential companies looking to work with collegiate athletes. His iconic catch alone could have been enough to spawn off countless opportunities for profitability. The money made from his NIL could have been a fantastic starting point for Prothro even following his devastating injury.

On the back of his Heisman Trophy winning season in 2015, Derrick Henry is easily one of the most recognizable Alabama players of the modern era. Not only did his stats stand out to fans, but his size and stature on the field made him a college football marvel. The possibilities of local and national endorsements would have been plentiful, and Henry could have strolled his way to the NFL already well off from his college days.

Standing the test of time, Joe Namath is still amongst the most popular figures in the history of Alabama football. From his well documented success on the field to his larger than life personality off, Namath is the ideal business partner. Although his avenues wouldn’t be quite as large as the players today, it’s hard to deny that Namath’s allure wouldn’t have been as widespread as those in modern America. Even today you’ll still see Namath’s face across your television screen pushing his other products. What do you think “Broadway Joe” could’ve done when he was hair was long and was the big man on campus in Tuscaloosa?

Alabama’s first ever Heisman Trophy winner would have woken up with thousands of messages the day after his victory. And the calls would still be coming after his national championship win. Ingram was the face of the start of Nick Saban’s reign on the college football world, and would have utilized the success to the fullest. Not only is Ingram a savvy business man who is well aware of a good investment when it comes his way, but he was also the cover athlete for EA Sports’ NCAA Football 12, which was one of the most well regarded sports games of its time.

There’s no surprise and there’s no doubt. If anyone is hesitant on how large Tua Tagovailoa’s impact was at Alabama, just take a stroll through The Supestore. Days after the star making 2nd and 26 play, the campus apparell stores were locked and loaded with Hawaiin shirts, 2nd and 26 pins and leis, all of which could have filled Tagovailoa’s pockets. His play the following season only boosted his status as one of the modern day icons of college football. For years Alabama’s “game manager” characterization put a ceiling on the reach of whoever the quarterback was calling the offense under Nick Saban. But Tagovailoa did some major remodeling during his three seasons with the Crimson Tide, and helped future signal callers like eventual first round pick Mac Jones be looked at in a different light.