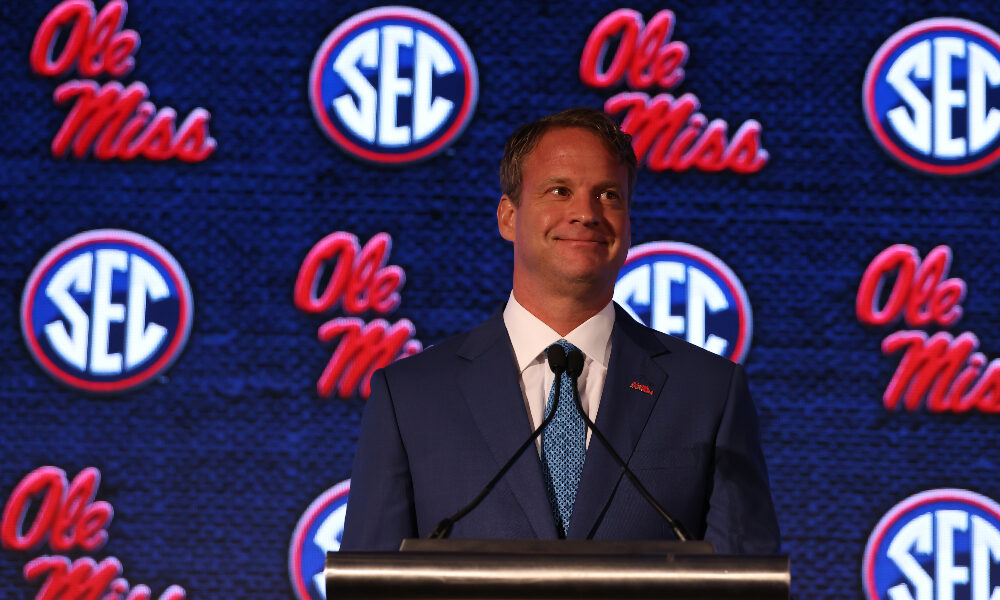 Online Lane Kiffin is usually the one to cause a strong reaction with his playful persona on Twitter, but during SEC Media Days the Ole Miss head coach was floored by the news he heard about Alabama quarterback Bryce Young.

Kiffin was asked a question about name, image and likeness with the mentioning of the news about Young making nearly seven figures before starting a game for the Crimson Tide.

His reaction was as profound as the rest of college football.

“Wow. That number blew me away,” Kiffin said. “You didn’t prepare me for that. That’s amazing. A million dollars and he hasn’t started a game yet. I don’t even know how to respond to that.”

Crimson Tide head coach Nick Saban had previously shared during an interview at the Texas High School Coaches Association convention that he might already have a million dollar quarterback on the roster.

Even as the questions continued during his session, Kiffin was still floored by the news.

“I’m still blown away by this Bryce Young (news),” Kiffin said when asked about an injury update on one of his players. “The guy’s made a million dollars already? That’s good man. He doesn’t need to play this year against us.”