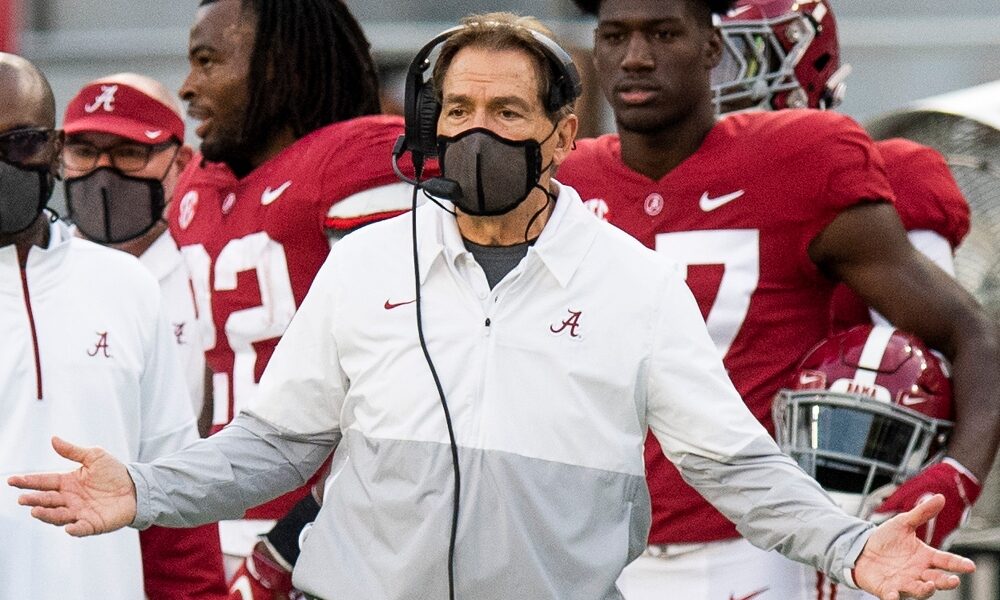 Alabama football’s head coach Nick Saban expressed he was unsure how players’ earnings from their name, image and likeness will impact Alabama’s locker room while speaking at the 2021 SEC Media Days Wednesday.

“You do not really know how it is going to affect things,” Saban said. “Players have always been able to work and earn money. That’s something you could have done ten years ago, 20 years ago. It’s something that I did when I was a player. The college landscaped changed in some degree when players got cost of attendance. So most players with this additional money and the opportunity to advance their academic circumstances chose not to work. So all we’ve done is create an opportunity for players to work. The only thing is, the question is because it’s not going to be equal, and everything we have done in college athletics in the past has always been equal. And how that’s going to impact our team, the players on the team, I can not really answer that because we don’t have any precedent on it.”

July 1 marked the first day of the NIL era. Several Alabama players have announced partnerships with multiple companies since then. The Tide’s projected starting quarterback Bryce Young has garnered the most attention after Saban said the California native was close to earning seven figures.

The most popular college football players are projected to make the most off of their name, image and likeness, creating the inequality that Saban spoke of. The Alabama head coach said the Alabama football program is working to educate its players on this new era of college football.

“I know that we’re doing the best we can to try to get out players to understand the circumstance they’re in, the opportunity they have, and how those opportunities are not going to be equal for everybody,” Saban said. “And it will be opportunity for our team’s success that people are not looking over their shoulder at what somebody else does or doesn’t do.”