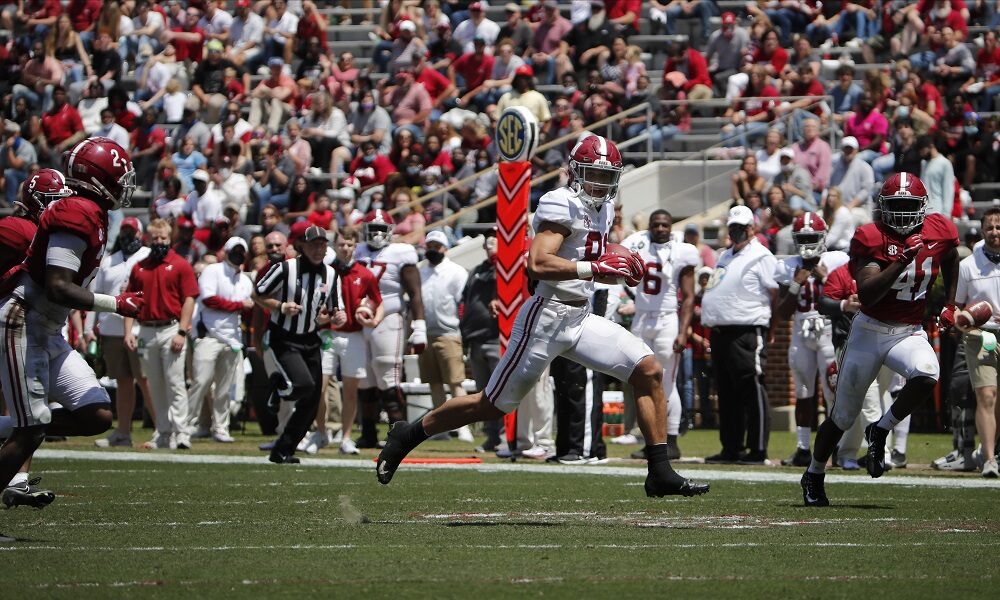 A new season for the University of Alabama in football will start on Thursday, August 5.

The Crimson Tide kicks off preseason camp in one week, as it prepares to repeat as national champions.

With the players it graduated to the National Football League, Alabama returns veterans and young talent to the roster. It will have a first-year starting quarterback for a second straight season and a new offensive coordinator. Bill O’Brien takes over for Steve Sarkisian, while Bryce Young replaces Mac Jones under center. During SEC Football Media Days, the reporters chose the Tide to win the Southeastern Conference Championship. Alabama had a league-high 16 players named to the Preseason All-SEC Team, including five on offense. Despite the new faces, the Tide expects to continue being explosive offensively under Nick Saban.

Listed below, yours truly of Touchdown Alabama Magazine has a projected two-deep depth chart for Alabama’s offense.

Summary: After having a Joe Moore Award-winning unit in 2020, this year’s offensive line can be just as good for Doug Marrone and the Crimson Tide. Coach Saban stated at SEC Media Days that Javion Cohen will likely start at left guard.