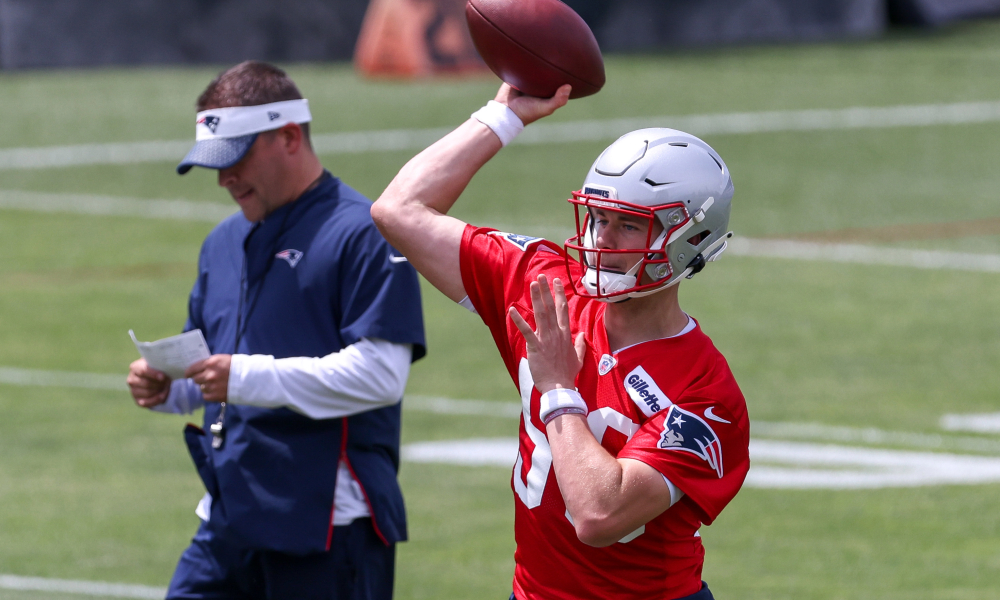 He is serious on the field, but Mac Jones is also a fun-loving person.

During the first week of training camp for the New England Patriots, Cam Newton said the No. 15 overall pick was ‘cool like the other side of the pillow.’ He and Jones have bonded over rap music, and the 2015 NFL Most Valuable Player has helped the alumnus of the University of Alabama adjust to the game. Both guys had been competing for the starting quarterback job until Bill Belichick confirmed to reporters that Newton is the starter. In paying homage to Newton, Jones showed out at the rookie talent show.

RELATED: New details have been revealed in Nick Saban’s three-year extension at Alabama

According to Zack Cox of New England Sports Network, Jones did a spot-on impersonation of Newton that had teammates and coaches in tears. He captured Newton’s swagger with hats, clothes, and catchphrases. One of his teammates, Raekwon McMillan,  called it the best rookie impression he has seen in his five NFL seasons.

Jones knows how to win his guys over off the field.

Mac Jones evidently had a spot-on impersonation of Cam Newton during the Patriots’ rookie skits. Clothes, hat, catchphrases and all.

Jones should get some playing time this season.

Belichick needed a succession plan from Tom Brady, and the 2020 national champion fits the bill. He will continue to develop as Josh McDaniels (offensive coordinator) sees greatness in him.

Hopefully, a video will be provided on Jones’ impersonation of Newton.