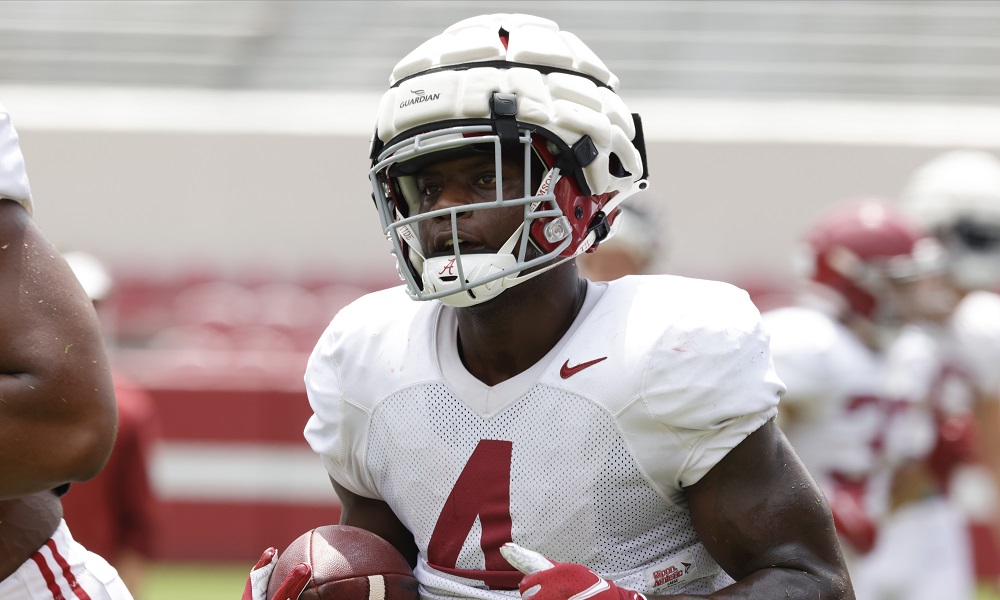 This was felt by the players, coaches, fans, and media. The Crimson Tide averaged 48.5 points per game and scored at least 40 points in 11 of 13 matchups. It had three players who were Heisman finalists and one to win the Heisman Trophy.

Players such as Mac Jones, Najee Harris, DeVonta Smith, Jaylen Waddle, Alex Leatherwood, Landon Dickerson, and Deonte Brown gave Alabama an identity in its national championship year. With those athletes in the National Football League, people want to see if this offense can replicate the success. Nick Saban brought in new assistant coaches, including Bill O’Brien as offensive coordinator to replace Steve Sarkisian. During Monday’s presser, Brian Robinson said this year’s unit is excited about making the transition and having players create the same impact as last year’s group.

“This offense wants to prove we have players that can step up and make an impact on this team,” Robinson said. “With those guys leaving and going to the draft, we see it as motivation. We want to have guys that step up and play those same type of roles.”

Robinson replaces Harris as Alabama’s No. 1 running back. He is ready to be the main guy in the backfield, while John Metchie takes the reins as the primary wide receiver. The Tide has to locate who fills Waddle’s shoes, but it has the talent at the position for it. Bryce Young replaces Mac Jones as the starting quarterback, and Alabama has to retool its offensive line.

Can O’Brien generate the same magic as Sarkisian?

This is the thought on everyone’s mind. If he can, the Tide will be very dangerous. Regardless of what happens, Alabama will remain creative on offense. O’Brien will institute balance, and the offense will still have explosive plays to run.

Alabama will test out its offense in two weeks versus Miami.