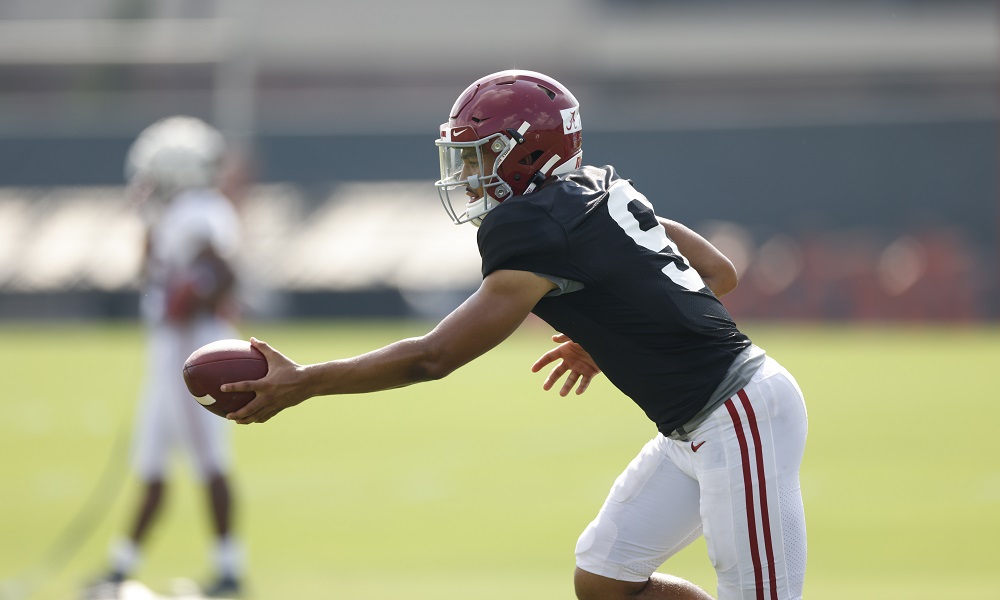 Nick Saban has solidified Bryce Young as the quarterback for Alabama.

He has been impressive since the spring, and Saban likes what Young brings to the offense.

The sophomore has five touchdown passes in two preseason scrimmages. His teammates see the leadership growth, while the coaching staff believes he can handle the pressure of being the starting man for the Crimson Tide.

During Wednesday’s presser, Saban explained to reporters about what has ‘impressed’ him the most about Young. The California native saw action in nine games during the 2020 season.

“Bryce has really good knowledge of the offense,” Saban said. “He’s a bright guy. He makes good choices and decisions. He has a good feel in the pocket, and he’s played really well. We want to continue to develop the timing in the passing game that we need with the new receivers, with the people in the passing game, to do the little things right so that we can be more accurate and more consistent. It is a combination of not just the thrower but also the route runner because you are expecting him to do one thing and he does something else, but those are things we are working hard on. I have been pleased with Bryce. I have been pleased with his attitude. I have been pleased with his performance. We have to get the people around him to play better.”

National media is looking at Young as a preseason Heisman candidate.

RELATED: SEC Nation to be on site for Alabama-Miami matchup

He has an opportunity to shock some people and lead the Crimson Tide to a national championship.

His first test comes in two weeks as he will face D’Eriq King and the Miami Hurricanes at Mercedes-Benz Stadium at 2:30 p.m. on ABC.