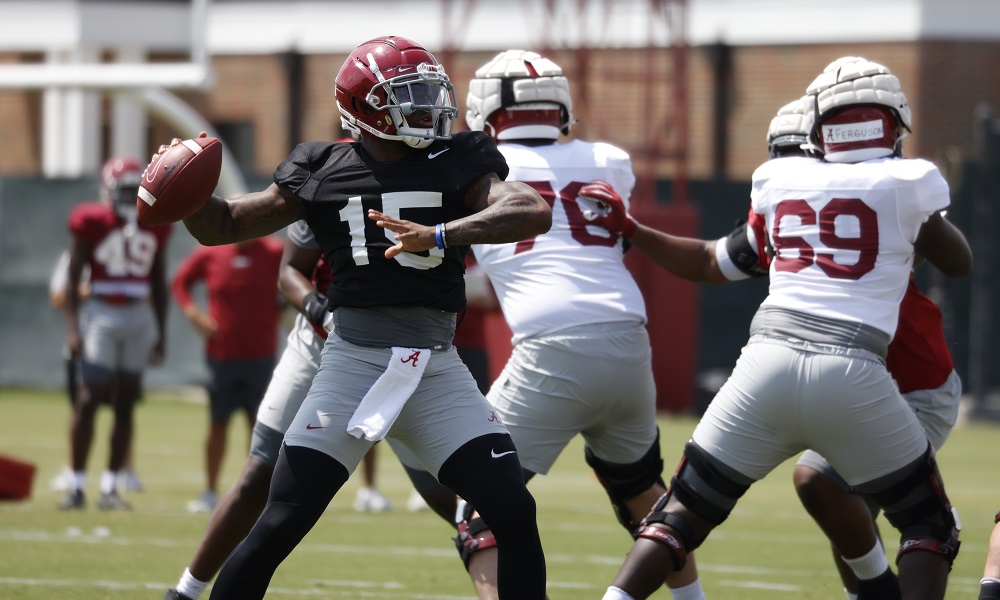 On Monday, a pair of Alabama players decided to make a few personal adjustments ahead of its week one game against Miami.

According to the team’s website, freshman quarterback Jalen Milroe and wide receiver Agiye Hall have decided to change their jersey numbers ahead of the start of the season.

Milroe arrived at Alabama in the spring and has been working as a backup option for the Crimson Tide’s offense. A Katy, TX native, Milroe was a four-star recruit according to Touchdown Alabama’s independent recruiting rankings with Jeff Banks and Steve Sarkisian being his lead recruiters.

Hall, who burst onto the scene in the Crimson Tide’s A-Day spring game, was a five-star recruit according to TDA in the class 0f 2021 and was also recruited by Jeff Banks.