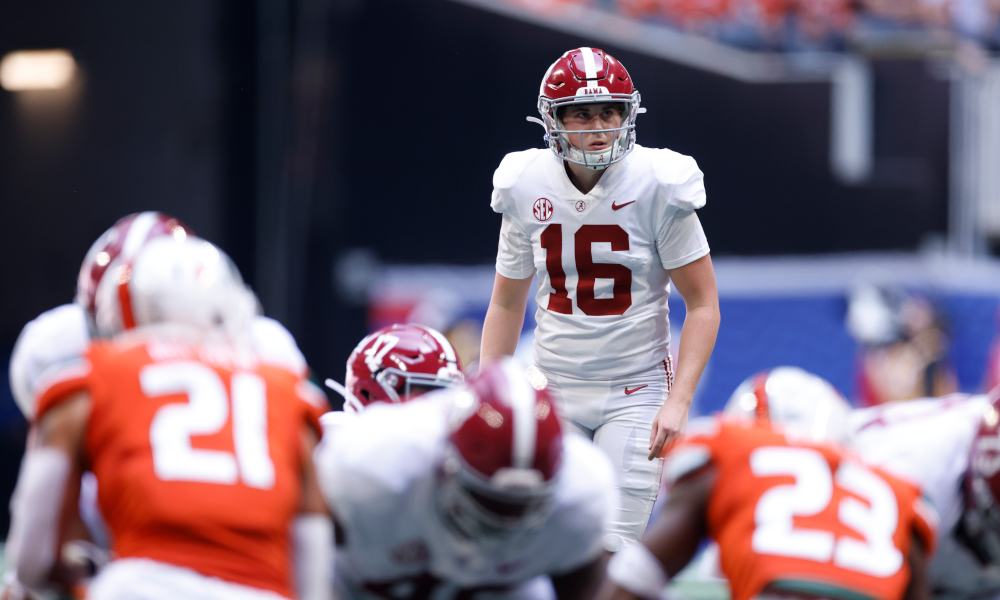 It feels good to have a reliable placekicker.

This is a statement all Alabama fans are saying, especially after seeing what Will Reichard accomplished last season as a sophomore. He returned from a hip flexor that plagued him in 2019 and achieved perfection.

An alumnus of Hoover (Ala.) High School, Reichard made all 14 of his field goals and 84 PAT tries. His efforts allowed the Crimson Tide to secure a national championship in 2020 to conclude an undefeated season. He has a new long snapper (Kneeland Hibbet) and holder (Paul Tyson), but Reichard’s confidence has special teams at a new level.

He watched the Hurricanes’ offensive line get dominated by Will Anderson, Christopher Allen, and Alabama’s defensive front. Diaz witnessed his quarterback, D’Eriq King, get sacked four times and was intercepted twice. In the midst of this, Reichard nailed three field goals in a 44-13 demolition of Miami for the Tide at Mercedes-Benz Stadium last week.

When he made the 51-yard try, Reichard had Crimson Tide fans jumping. During Monday’s presser, Nick Saban and John Metchie said the energy for Alabama’s offense has been ‘contagious’ now that it has a reliable kicker.

“It is extremely contagious,” Metchie said. “Especially when we know that we score points at any opportunity.”

He excelled on kickoffs as all seven of his boots went through the end zone for touchbacks. Regardless of its desire to score touchdowns, the Crimson Tide feels good about scoring points in all facets. Reichard was snubbed from first-team All-SEC in 2020, and two kickers were ahead of him for this year’s Preseason All-SEC team. He is pursuing all accolades this year.

Stephen M. Smith is the managing editor and senior writer for Touchdown Alabama Magazine.  You can “like” him on Facebook or “watch” him on Twitter, via @CoachingMSmith.W