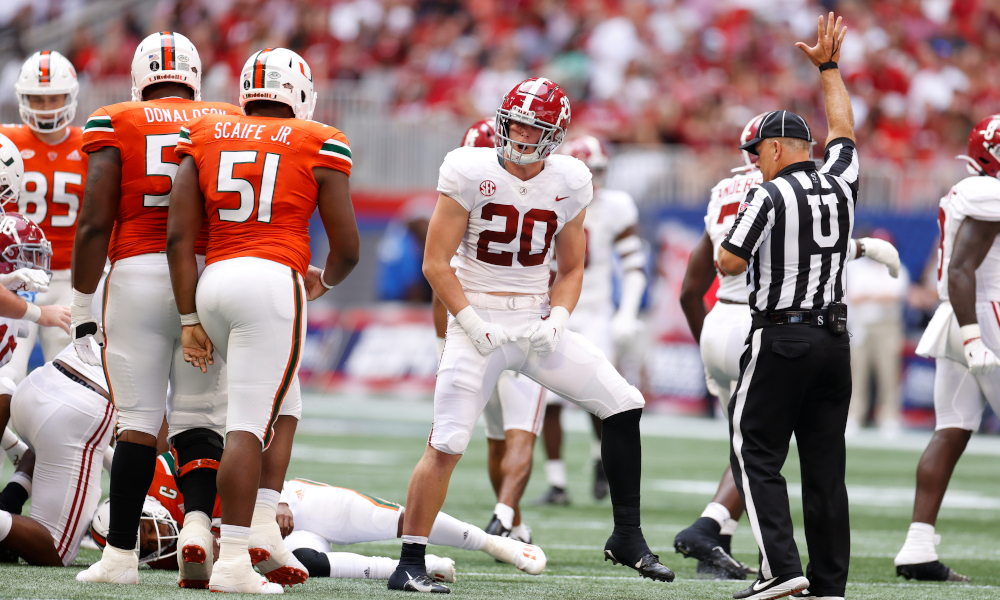 Despite returning to the practice field, Alabama will once again be without sophomore linebacker Drew Sanders for its upcoming game against Mississippi State.

“He’s not available this week,” Saban said to the media. “He’s out there in pads every day, but it’s not safe for him to use his hand yet.”

Saban announced Sanders’ injury the Monday following Alabama’s win over Ole Miss, and stated that following surgery on his hand, he would be “game-to-game.”

Freshman linebacker Dallas Turner filled in for the injured Sanders in the Crimson Tide’s matchup with Texas A&M last week. In the game Turner recorded five total tackles and one tackle for loss in the 41-38 defeat at the hands of the Aggies.

“Dallas did a really good job,” linebacker Will Anderson Jr. said on Monday. “He stepped up, he played a role in a big game on the road at Texas Texas A&M. So I mean he filled that role pretty well, I’m very proud of him.

“He was getting the calls. He was doing some freshman things out there, but overall I think he did a great job stepping up and filling that role in that type of environment and for his first game starting.”

Sanders is the second Crimson Tide outside linebacker to now miss multiple games as he originally replaced senior Christopher Allen who is expected to miss the remainder of the season with a foot injury.