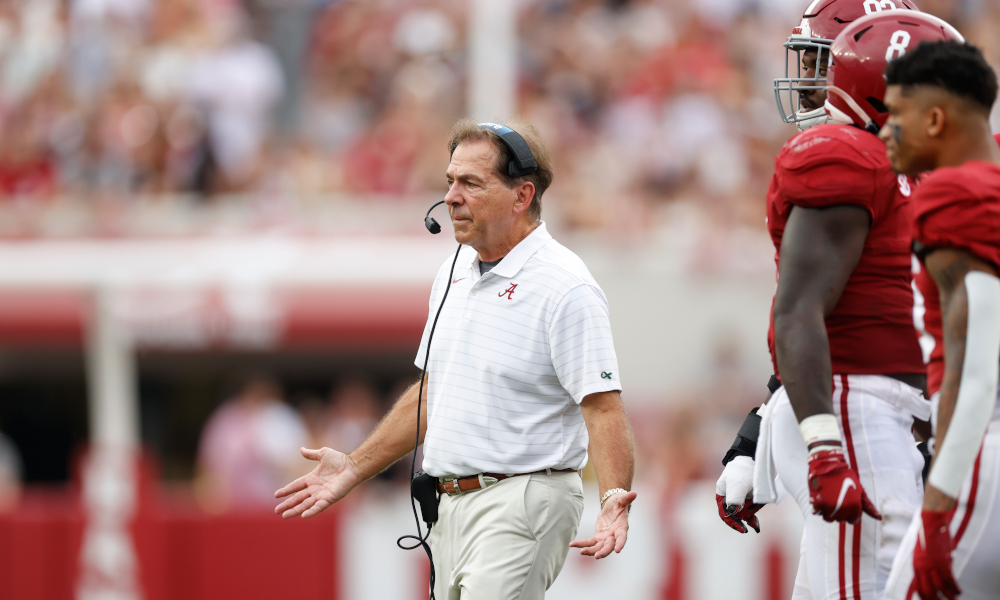 Alabama players had not gotten punched in the mouth by an opponent in almost two years.

Coach Nick Saban likes how his team has responded with urgency in practice, but will it carry over to the game? Alabama knows it has no room for error, especially with postseason dreams in the balance. Another defeat ends the opportunity to compete for a conference title and a national title.

At the beginning of the week, Saban and the players spoke about everyone needing to refocus. In Wednesday’s SEC Coaches Teleconference, Saban said he wants to see how this team responds versus Mississippi State. Other schools believe it can take Alabama. Now, student-athletes understand the target on their backs. The Tide enters another difficult environment at Davis Wade Stadium against a much-improved team. Mike Leach’s “Air Raid” offense has taken root in year two at Starkville, Miss.

Per Saban, Alabama has a good mindset so far.

“The response has been good so far, but we’ve gotta carry that over day in and day out, game in and game out,” he said Wednesday.

“So we’ll see if we’re capable of that. I told them yesterday, ‘You’ve gotta respond from the edge of the cliff. You don’t have a lot of room for error.'”

Defensive players such as Will Anderson and DJ Dale want to see this group turn the corner.

During the preseason, the thought was the Crimson Tide would be defense-led. Regardless of having impact players on paper, Alabama has struggled to have a complete game. Despite that, the Tide has been in this situation before.

It sustained at least one defeat in 2011, 2012, 2015, and 2017, but it responded by winning a national title. When it suffered losses in 2010 and 2019, Alabama responded with marquee victories in bowl games. Coach Saban made a good point, though, about other Tide teams in unfavorable moments.

“We’ve also taken a loss and not won a championship,” he said. “So, it’s all about how you respond.”