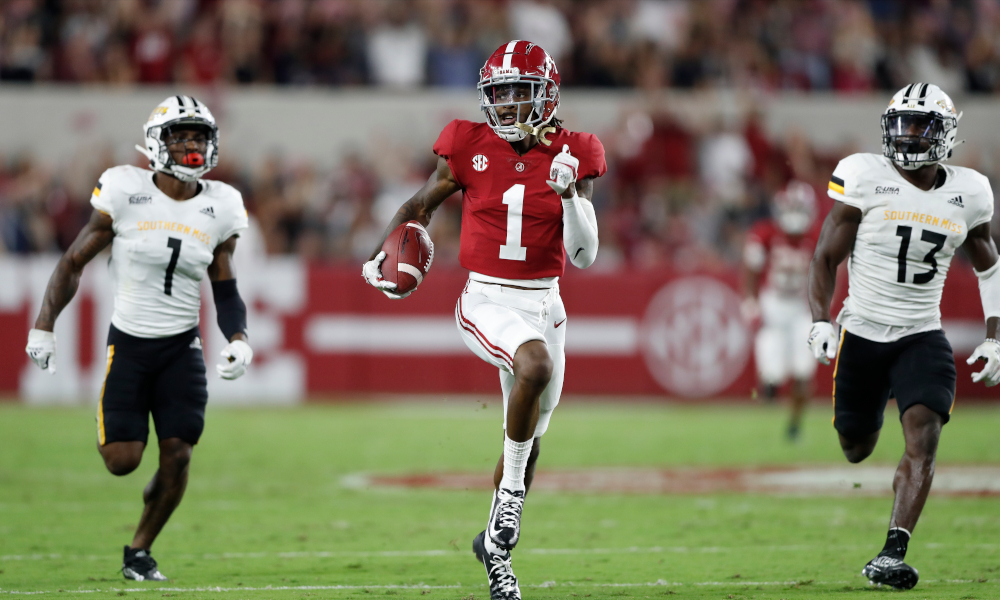 The University of Alabama has a new member added to the Fred Biletnikoff Award Watch List.

He left Ohio State, and Crimson Tide fans are thrilled to have Jameson Williams. Since his arrival, he has fit perfectly with Alabama’s wide receivers. Williams has two 100-yard games, including a career-high 146 yards on 10 receptions with two touchdowns versus Texas A&M. The 6-foot-2, 189-pounder leads Alabama for yards (510), touchdowns (five), yards per catch (18.9), and yards per game (85). He was Bryce Young’s go-to target against the Aggies, especially during the fourth quarter.

Williams set a school record versus Southern Mississippi, becoming the first player to return to kickoffs for touchdowns.

After getting added to the Biletnikoff list, Williams looks to help the Tide back into the win column versus Mississippi State.

John Metchie is also on the Biletnikoff Watch List, but Williams has a chance to join some elite names. Three former Alabama players have won the honor since 1994. Amari Cooper got the Biletnikoff Award in 2014, Jerry Jeudy won it in 2018, and DeVonta Smith had an incredible season to win it in 2020. Williams has an opportunity to be the fourth if he continues to dominate.