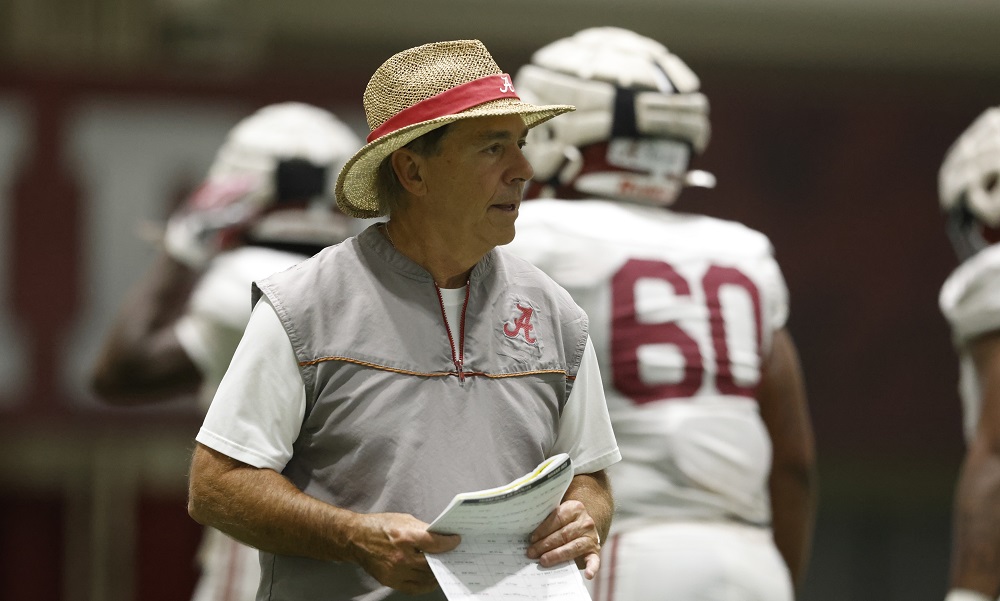 Trevon Diggs’ journey to being one of the top-performing defensive backs in the NFL was an emotional one, which included a sit-down meeting and position change by college head coach Nick Saban.

Diggs originally came to Alabama as a wide receiver, but when Saban saw a need at cornerback and following an evaluation of his skillset, he approached him with the idea of changing his position.

At first, Diggs was not happy and even got emotional about the change, but a call from his older brother and Buffalo Bill wide receiver Stefon Diggs helped adjust his point of view.

“I was hurt at first, honestly,” Diggs said on Sunday about the change at Alabama. “I called my brother. I was crying. He’s not someone to be like, ‘Oh, it’s OK.’ He be like, ‘Nah, let’s go. Now we got to go to work.’ He’s one of those types, and that’s exactly what I did. I sucked it up and just got back to work.”

During the SEC Coaches Teleconference on Wednesday, Saban got a chance to reflect on the decision and how it’s worked out for Diggs.

“First off, he was a really good receiver, and I think that a lot of times, guys have a vision of what they’d like to be,” Saban said. “But because of his skillset – he had great ball skills, really good hands, long, very athletic – I just thought the guy would be a really good corner, and I thought there’d be more value for his future if he was a corner. And look, I don’t make guys move positions, so it was his final decision to do it. I say, ‘Look, I think you’ve got a better future if you play defensive back,’ whether it was Corey Webster at LSU or Trevon Diggs or Cyrus Jones.

“Those are all guys that we moved from receiver to corner that ended up playing in the NFL. And it’s certainly worked out really well for him, and I’m really proud of the way he’s playing.”

Through five games, Diggs has a league-leading six interceptions making it clear that the change was beneficial for both parties.

“I thank Saban for that,” Diggs said. “Appreciate you.”