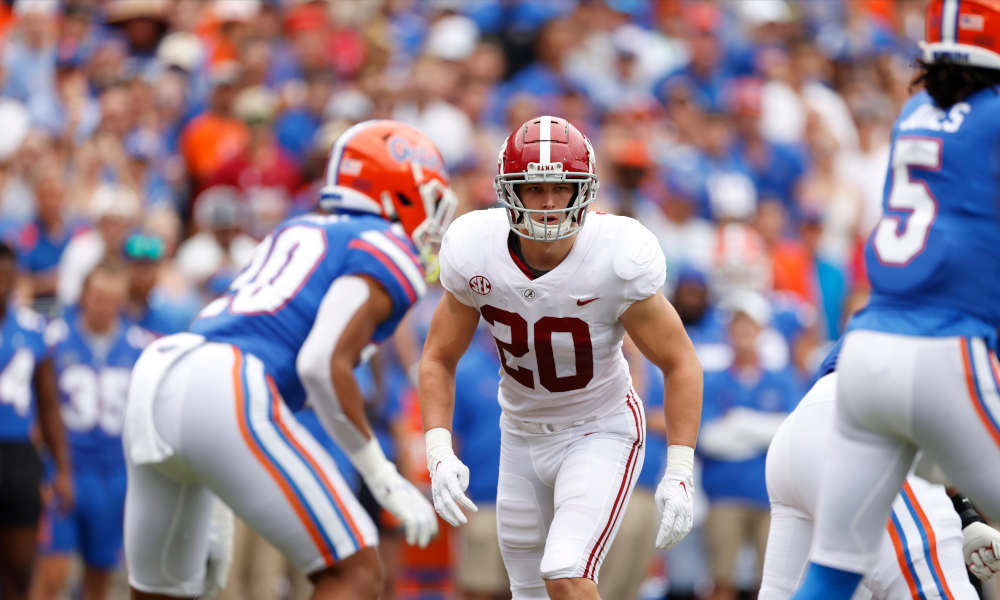 Junior defensive lineman Byron Young who suffered a shoulder injury against Mississippi State last Saturday has practiced all week and is hopeful to play some against the Volunteers.

“Byron Young has practiced,” Saban said. “He practiced today. We’re hopeful he’ll be able to contribute some in the game.”

Linebacker Drew Sanders, who has missed the Crimson Tide’s previous two games following hand surgery which he required following the Ole Miss game, is likely to miss Saturday’s game. Saban did add that the team is hopeful for his return following the upcoming bye week.

“Drew Sanders is probably very doubtful for this game. But we’re very hopeful that maybe he’ll be — with the bye week coming up in another week — it just depends. They gotta re-X-ray his wrist and make sure that everything is ok in there and we’re hopeful that he’ll be back for LSU.”

Later in the conference, Saban was asked about the team’s safety play where he revealed that DeMarcco Hellams is still dealing with a lingering ankle injury that he originally suffered back in fall camp. It has limited Hellams a bit in practice at times, but the team still views him as a starter and a ready contributor each week.

“DeMarcco’s been struggling with kinda a lingering ankle injury from all the way back from fall camp,” Saban said. “I thought that — he’s been a warrior all year long. Fighting through this. Battling in practice. Overcoming adversity every way that he could. Doing everything that he could to help the team. But I also think that — if he can’t play 100 percent in some circumstances then we should try to protect him, and give him an opportunity to have a chance to get back to 100 percent, which we’ve tried to cut down his reps the last couple of weeks.

“We still have every confidence in him playing in the game and he will play in games and he may even start in the game — because we view him as a starter. But last week, especially against the spread offense that we were playing against, we wanted to make sure we had fast healthy guys out there that could cover people and cover ground and break on the ball. And DeMarcco does those things extremely well but you gotta be 100 percent to do that and we’re trying to get him there.”