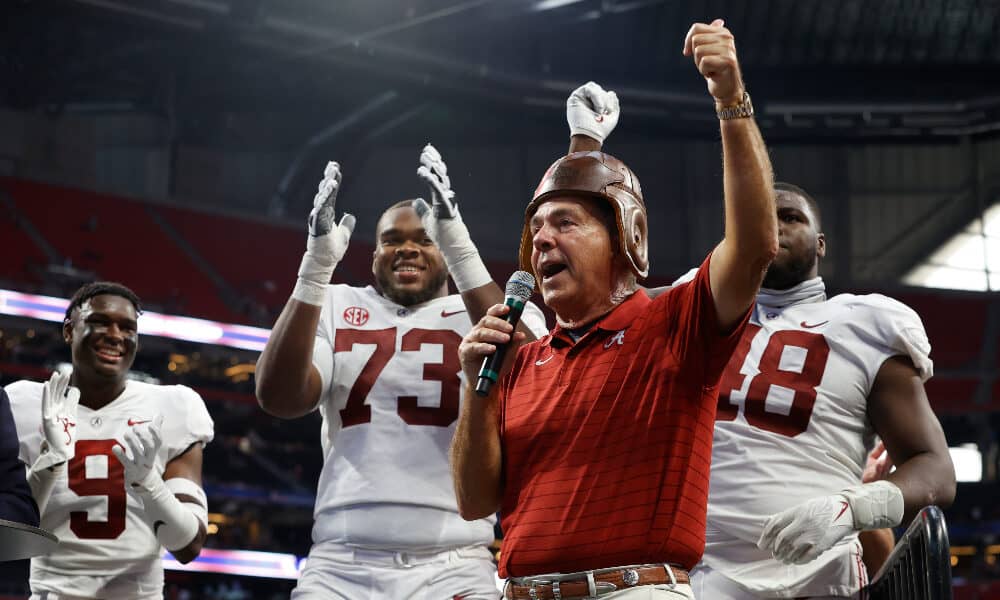 Alabama football is off on Saturday, but the players are expecting to have something special for him. The team usually has a meeting, and it turns into players singing “Happy Birthday” with hats, cupcakes, kazoos, and other things.

He may still get the treatment, but Coach Saban received something better on Tuesday.

During player interviews, three of his athletes took the podium and spoke on why they chose to play for him. Evan Neal, Cameron Latu, and Malachi Moore held nothing back.

Neal, a junior, projects as an early first-round pick for 2022. He has allowed one sack at left tackle.

“I wanted to play for Coach Saban because of the process he has here,” Neal said. “I feel like it has paid dividends. It has made me more of a hardworking person, and a more disciplined person. It is a blessing to be here around these amazing people.”

“He’s the best in the game,” Latu said about why he wanted to play for Saban. “I wanted to learn from the best and grow as a player. One thing I learned from him is that your mindset, when you play, can’t be emotional. You have to be prepared for the game.”

Moore, a sophomore, is growing as one of the leaders in the secondary.

“I know he’s a tough coach, and I know he’s going to pull everything out of me,” Moore said on why he chose to play for Coach Saban. “He is going to make me a better man on and off the field.”

Whether he chooses to coach into his 80s or not, seeing players honor him is good for Saban. He serves as a father figure, confidant, or voice of reason for a lot of athletes. Some come from rough backgrounds, and he wants to provide a better opportunity for them in life.

He wants to win, but he also wants to see the growth of boys becoming well-rounded men.