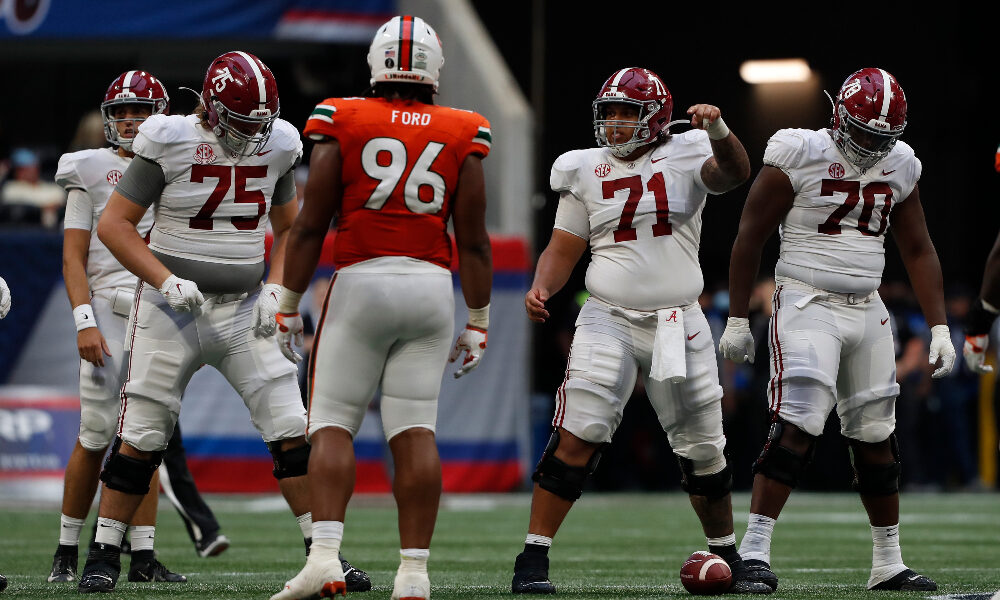 Alabama head coach Nick Saban provided another update on starting cent Darrian Dalcourt and his availability this past week.

As it currently stands, Dalcourt’s status has not changed since Monday, as Saban informed the media over Zoom and he remains day-to-day. Questions of whether the junior will be able to play against New Mexico State on Saturday will likely be answered following tomorrow’s practice as the final evaluations will be made.

Dalcourt suffered a sprained ankle early on during the Crimson Tide’s previous game against LSU last Saturday. Dalcourt was replaced by Chris Owens who was shifted over from right tackle, and Damieon George entered the game in place of Owens.

Saban had previously mentioned during the SEC Head Coaches Teleconference earlier on Wednesday that the team would be having competition to see who would replace Dalcourt at center should he not be able to go.

Although Saban mentioned Owens by name during the teleconference, the seven-time national champion stated following the team’s practice that sophomore Seth McLaughlin is the next guy up at center for Alabama.

“Well you know, Seth would be the next guy up,” Saban said. “He’s made a lot of improvement. Plays really well. He’s smart, he’s tough, he’s competitive and he plays with the intangibles that we’re looking for at that position.”

McLaughlin has appeared in five games this season for Alabama with his most recent appearance coming during the Tennessee game.