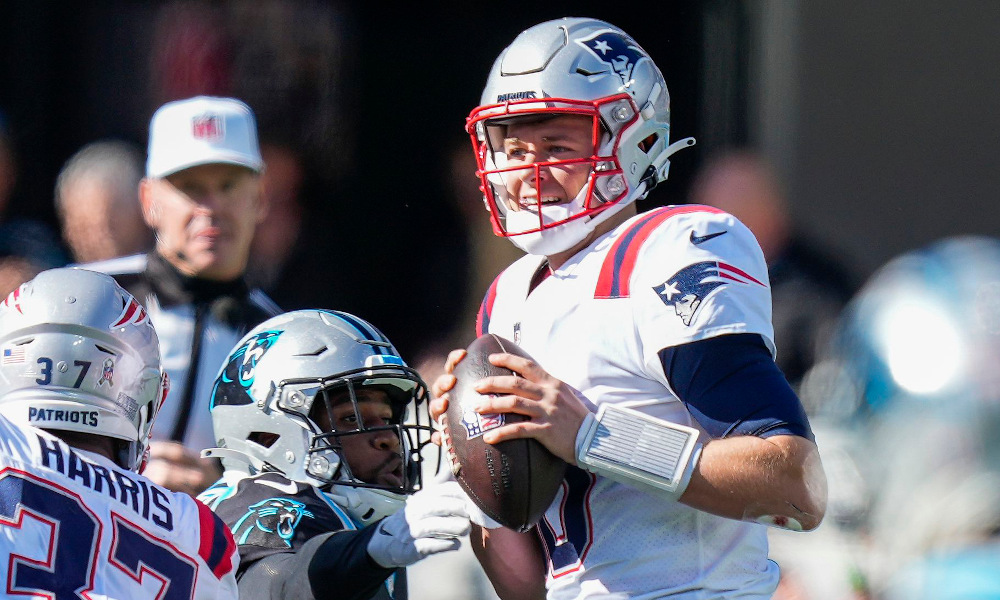 Brian Burns is not on good terms with Mac Jones.

In Sunday’s game between the Patriots and Panthers, Burns sacked Jones and forced a fumble. Jones grabbed Burns’ arm to prevent him from pursuing the ball, but the pass rusher broke free. Jones would proceed to trip him up and twist his ankle.

Burns’ teammates and Panther fans viewed this as a “dirty play” from Jones. Burns has been dealing with an ankle issue all season, and the twisted ankle was the one giving him problems.

New England earned a 24-6 victory; however, Burns told reporters he has not received an apology from Jones, Bill Belichick, or anyone in the Patriots organization.

During Wednesday’s interview, he recapped the moment to the local moment.

“After I sacked him, the ball came out,” Burns said in recapping the incident with Jones. “But as soon as I sacked him, he grabbed my arm. My arm was trapped. Once I got free and tried to run, he grabbed my ankle. At that point, I remembered going down and my ankle was hurting. After watching all the angles, I think it’s some bull. He took his legs and swept the one leg I had up. I think it’s some bull.”

Burns said he feels Jones tried to twist his ankle. He’s putting all actions in the hands of the National Football League.

Nevertheless, he said he wants another opportunity to play the Patriots.

Jones showed some athleticism at Alabama, but he will need it more in the NFL. Reports said he could potentially face a fine for the incident, but nothing has happened. Jones has been highly competitive since high school, but Burns did not appreciate Sunday’s situation. The rookie quarterback takes on Myles Garrett and the Browns this Sunday at Gillette Stadium.