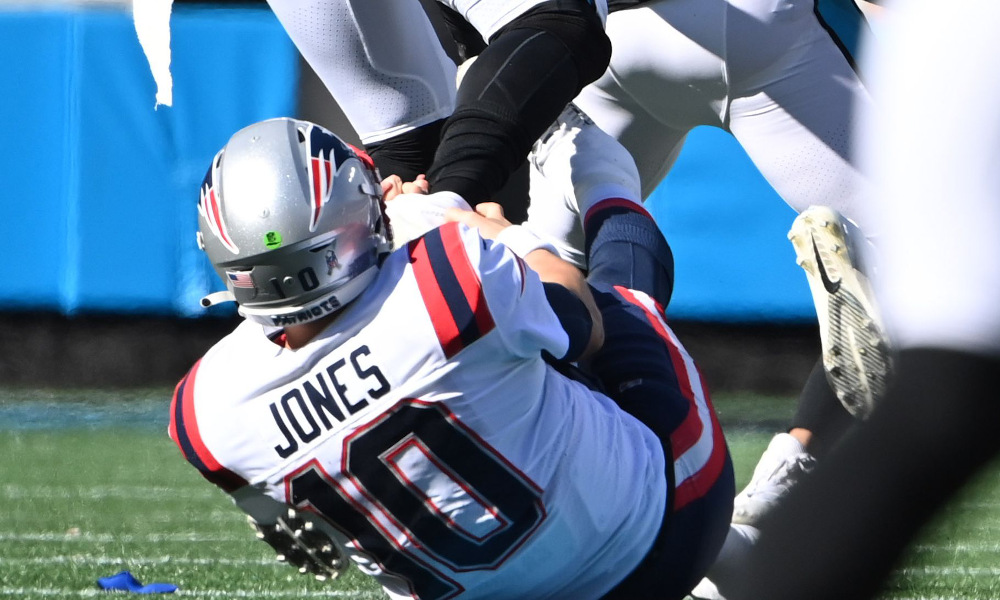 Mac Jones is highly competitive, but it may cost him after an incident from Sunday’s game.

He got sacked by Brian Burns of the Carolina Panthers and fumbled the ball.

As Burns tries to recover the turnover, the Patriots’ rookie quarterback grabbed him by his ankle. Jones prevented Burns from making a play on the ball, and Carolina linebacker Hasson Reddick called him a “dirty player” for his actions. New England earned a 24-6 victory on the road, but Jones faces a potential fine from the National Football League.

The NFL will review #Patriots QB Mac Jones grabbing Brian Burns’ ankle Sunday as part of its normal process, I’m told. Jones faces a possible fine, but nothing more than that.

Jones completed 12 of 18 passes for 139 yards with one touchdown and one interception.

According to NFL Media Research Department, Jones shares company with Andrew Luck (2012) and Dak Prescott (2016) as the only rookie quarterbacks to have 5+ wins, 10+ passing touchdowns, and 2,000+ passing yards in their first nine career games.

Jones and the Patriots face the Browns this week.