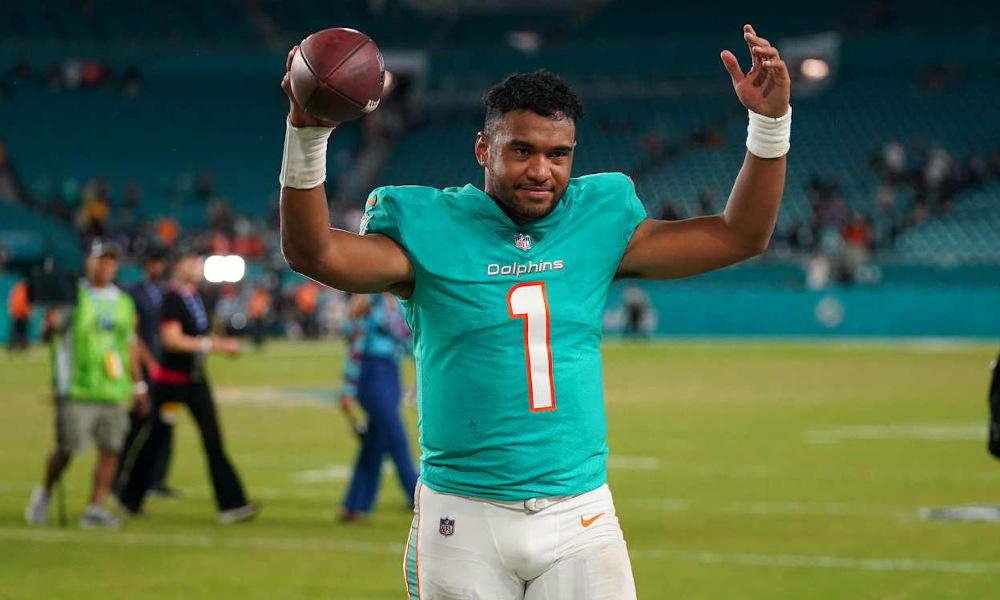 The supporters in South Florida want him to succeed.

After a matchup with the Ravens on Thursday night, fans chanted “Tua! Tua!” as he came off the field. He did not start the game because of a fractured finger on his left hand, but the fifth overall pick from the 2020 NFL Draft emerged off the bench in the third quarter. Tagovailoa replaced an injured Jacoby Brissett (knee) and guided the Dolphins on two scoring drives — including one for a touchdown in the fourth quarter. Miami’s touchdown possession included a 64-yard pass from Tagovailoa to wide receiver Albert Wilson. The Dolphins have won back-to-back games and shocked the Ravens by a score of 22-10 at home.

Despite going through trade rumors, Tagovailoa showed toughness in a big game. He controlled the moment, completing eight of 13 passes for 158 yards. The native Hawaiian protected the football and recorded a 104 passer rating. He showed his ability to drive the ball downfield, averaging 12.2 yards per attempt. Tagovailoa also accounted for a rushing score in the matchup.

He found his former Alabama teammate, Jaylen Waddle, for a 35-yard completion. Waddle has become the go-to weapon for Miami with 60 catches for 557 yards and three touchdowns.

Tagovailoa has his third strong performance, joining his production against the Jaguars and Falcons. If he leads the Dolphins to victory over the Jets, the team will be 4-7 with six games left in its regular season. Miami has a chance to go 10-7 and make the playoffs, but Tagovailoa has to give it the push it needs.

He delivered the Crimson Tide to a national championship off the bench. Dolphin fans are proud to see him continue the heroics for it versus the Ravens.