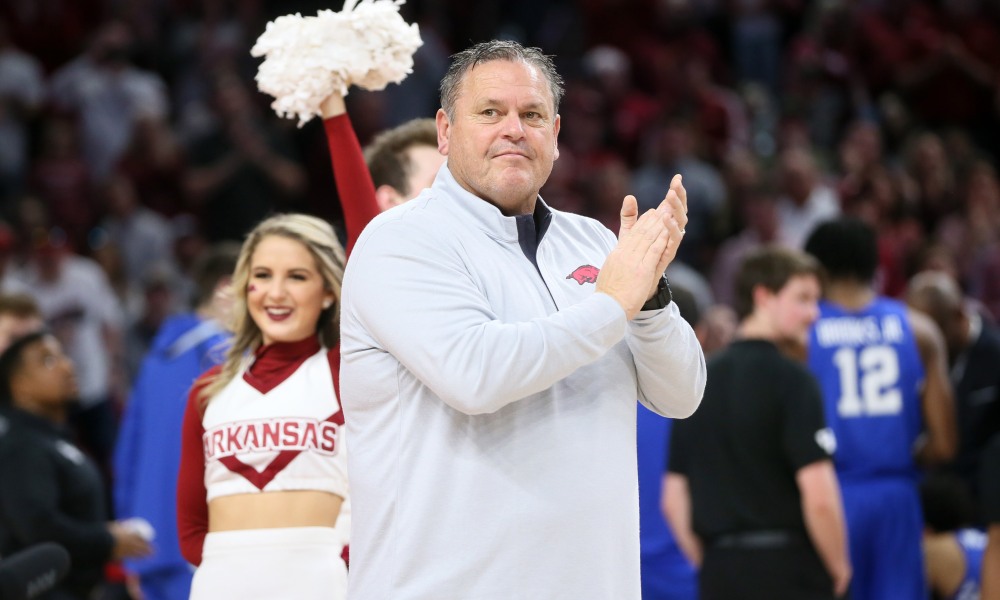 Alabama has a huge matchup Saturday against Arkansas.

After a few SEC West schools suffered losses, a victory for the Crimson Tide clinches its ticket for an SEC Championship showdown with Georgia. Nick Saban would earn his ninth SEC West crown since 2008 as Alabama’s head coach.

The Tide has looked better as of late, but Arkansas has been impressive. Sam Pittman has changed the culture of the Razorbacks in his second year coming over from the Bulldogs.

Arkansas suffered a tough, 51-52, defeat to Mississippi in overtime. The Razorbacks are much improved offensively, especially in the running game. Arkansas is sixth in the nation for rushing offense, averaging 233.5 yards per game. KJ Jefferson, a sophomore quarterback, has the offensive attack scoring 30.9 points and totaling 439.8 yards per matchup. Kendal Briles has coached the Razorbacks to six 30+ point games, including four 40+ point contests. Arkansas carries hitters on its defense, including Bumper Pool and Hayden Henry.

Media pundits in the national circuit have crafted the “Alabama is vulnerable” narrative.

The thought is based on players loss to the National Football League, and the Tide being inconsistent at times. Despite its No. 2 ranking in the College Football Playoff projections, not many see this Alabama team winning a national championship. When addressed on if he sees the Tide as vulnerable, Coach Pittman refused to take the bait. He was an offensive line coach on Georgia’s 2017 team that lost to Tua Tagovailoa and the Tide in the 2018 CFP National Championship Game.

“No, no,” Pittman said on if he feels Alabama is vulnerable. “They are very talented and have elite skill. They have big offensive and defensive linemen. They have elite pass rushers, more than one. They are Alabama. When you turn on film, they are what you expect to see.”

RELATED: Despite it coming at a cost, Trey Sanders finally can show Alabama fans his skills

Arkansas will come in confident, and the Tide must have its A-game.

Fans are ready for the 2:30 p.m. kickoff from Bryant-Denny Stadium.