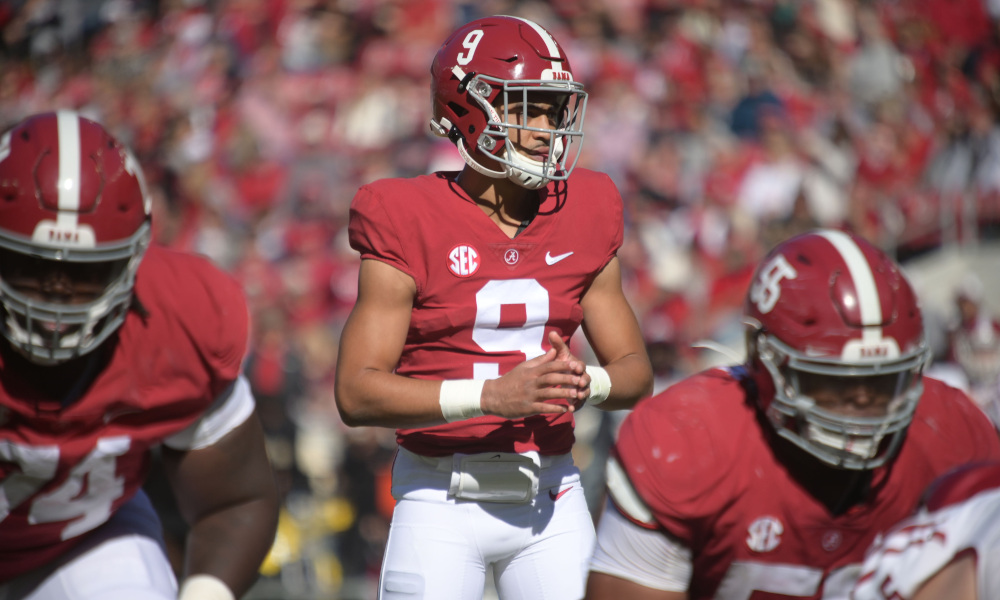 Bucky Brooks, an analyst for NFL Network, has the best analogy for quarterbacks.

“Truck or trailer” is his gauge on players.

RELATED: Despite it coming at a cost, Trey Sanders finally can show Alabama fans his skills

In replacing Mac Jones as Alabama’s quarterback, Bryce Young is a truck.

The Crimson Tide lost Najee Harris, DeVonta Smith, Jaylen Waddle, Landon Dickerson, Deonte Brown, and Alex Leatherwood to the National Football League. Young has dealt with new leaders at running back, wide receiver, and new starters on the offensive line. Steve Sarkisian recruited him from California, but the sophomore has adjusted to a new offensive coordinator. The Tide has made some changes up front, lost three running backs to injuries, and has had inconsistent moments on offense.

As a former five-star prospect, Young is rising on Alabama’s single-season record books.

He is sixth all-time for passing yards (3,025), tied for third in touchdown passes (33), and tied for fourth in total scores (35). Since 2013, he’s added his name with AJ McCarron, Blake Sims, Jacob Coker, Tua Tagovailoa, and Mac Jones as the sixth 3,000-yard passer of the Nick Saban era.

RELATED: Alabama players are having fun while shifting to a ‘championship’ mindset

On a national scale, his statistics are just as impressive.

-70.9% completion percentage, 7th in the nation

-33 touchdown passes, third in the nation

He has commanded the offense well all season.

The 6-foot, 194-pounder could win the Maxwell, Davey O’Brien, and Manning awards for his efforts. Young is the leader in the Heisman Trophy race and looks to bring the Crimson Tide its first Heisman-winning quarterback.

He could have one of the top passing seasons for an Alabama quarterback when the campaign is done.