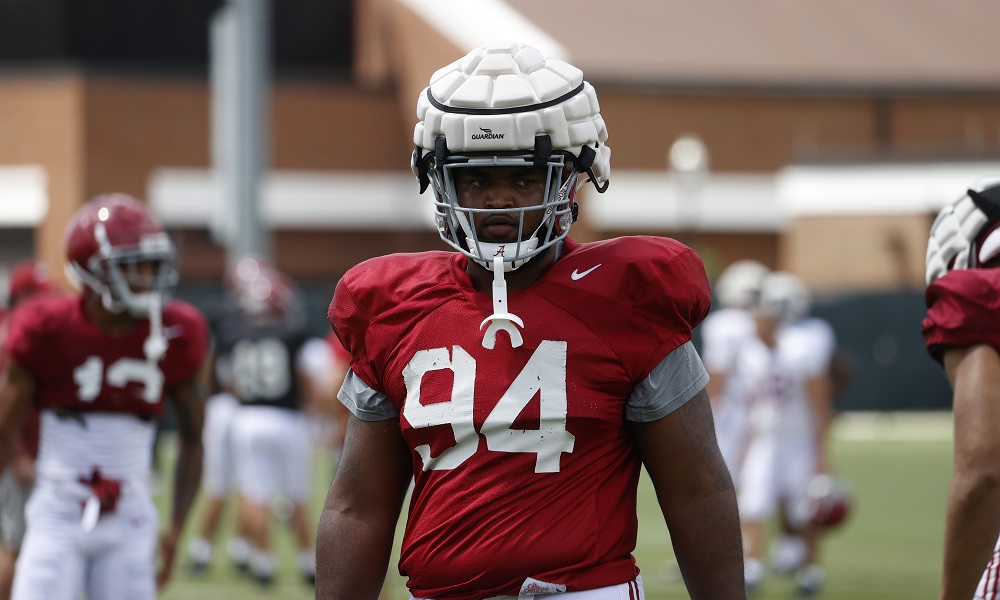 Dale, who was set to start Saturday’s game against Arkansas, injured his knee in warmups prior to the game and was held out of action. Fortunately for the Crimson Tide, Dale is expected to be ok.

“He did something to his knee, the MRI is fine,” Saban said. “He had two surgeries on his patellar tendons, I think he scared more than anything that something happened. It’s probably too early to tell but hopefully, he’ll be ok.”

Without Dale, the Alabama defense saw its share of struggles against the Razorbacks giving up a total of 468-yards in the 42-35 win. On the ground, Arkansas rushed for 110-yards as a team setting up the pass game for quarterback KJ Jefferson.