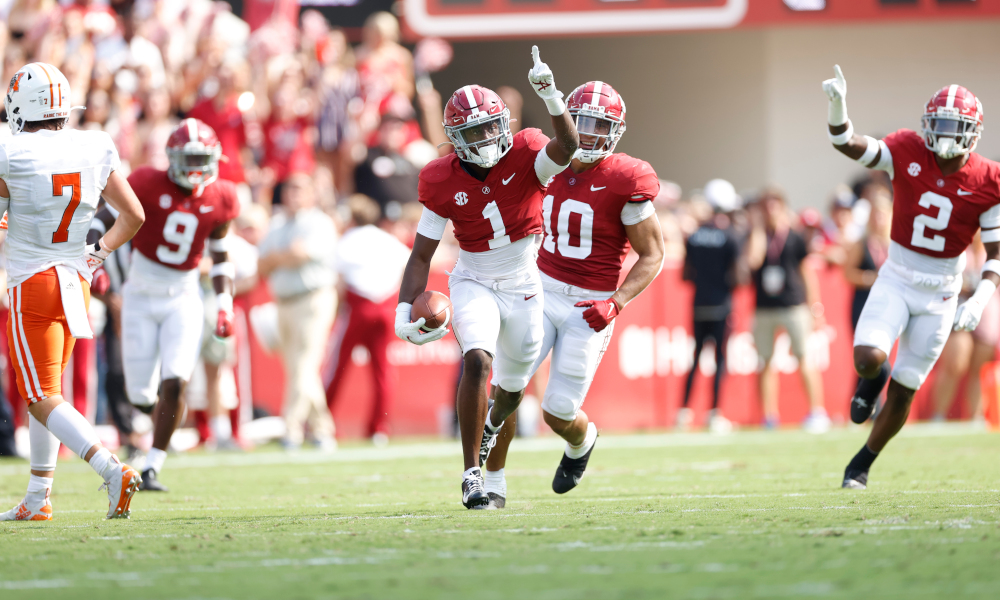 At the midway point in the third quarter, Nick Saban decided to make a change at cornerback as senior Josh Jobe was taken out of the game in favor of freshman Kool-Aid McKinstry.

Jobe was primarily assigned Arkansas wide receiver Treylon Burks who was having his way with the Crimson Tide secondary.

Following the game, Saban gave his evaluation of what he was able to see from the talented freshman.

McKinstry finished the game with two tackles, but the Alabama defense continued to struggle to defend the Razorbacks.

Arkansas totaled 468 yards on Pete Golding’s unit with 358 yards coming through the air. But what Saban was most concerned about following the game was the third-down defense from Alabama as it was not up to par from weeks prior.