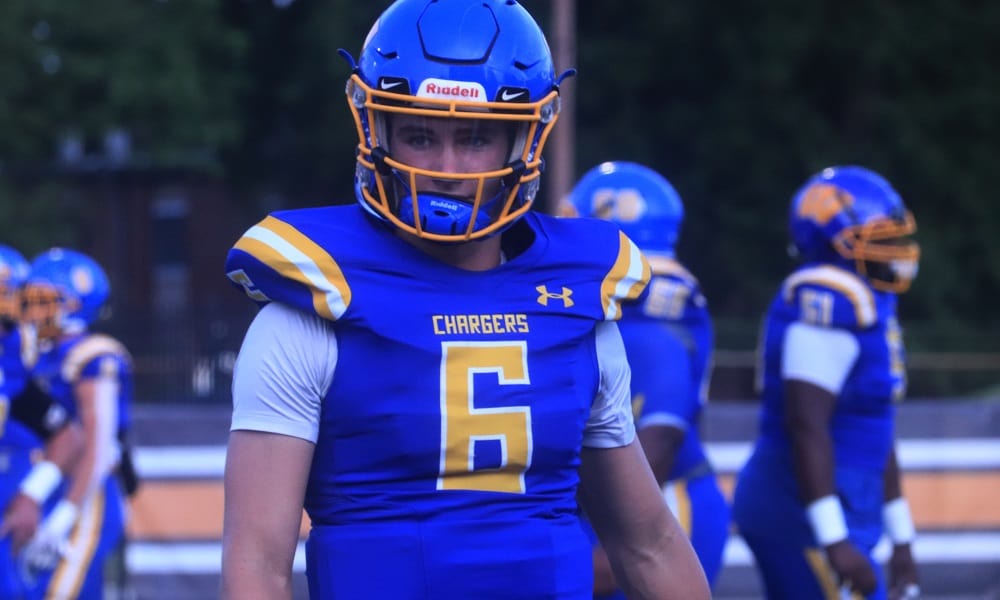 Ty Simpson was named the Gatorade Player of the Year for the state of Tennessee Tuesday after leading Westview High School to a 2A State Championship.

Simpson completed 193 of 305 passes for 2,827 yards and 41 touchdowns this season. He also rushed for 11 touchdowns and compiled 862 rushing yards. With this award, the Alabama commit is now a finalist for the National Gatorade Player of the Year Award.

Alabama picked up a commitment from Simpson in February and his pledge has remained firm ever since then. He told Touchdown Alabama in September he does not care about playing early and will wait to play however long it took.

“Whether I start my freshman year or my fifth-year senior year, I do not really care,” said Simpson. “It is just the fact I get to go down there and learn from the best coach of all time. Be like how Mac was I guess you can say, learn from Tua and Jalen. It is just Bryce, Paul and Jalen for me.”

Simpson is expected to sign his National Letter of Intent to play football at the University of Alabama on Dec. 15.