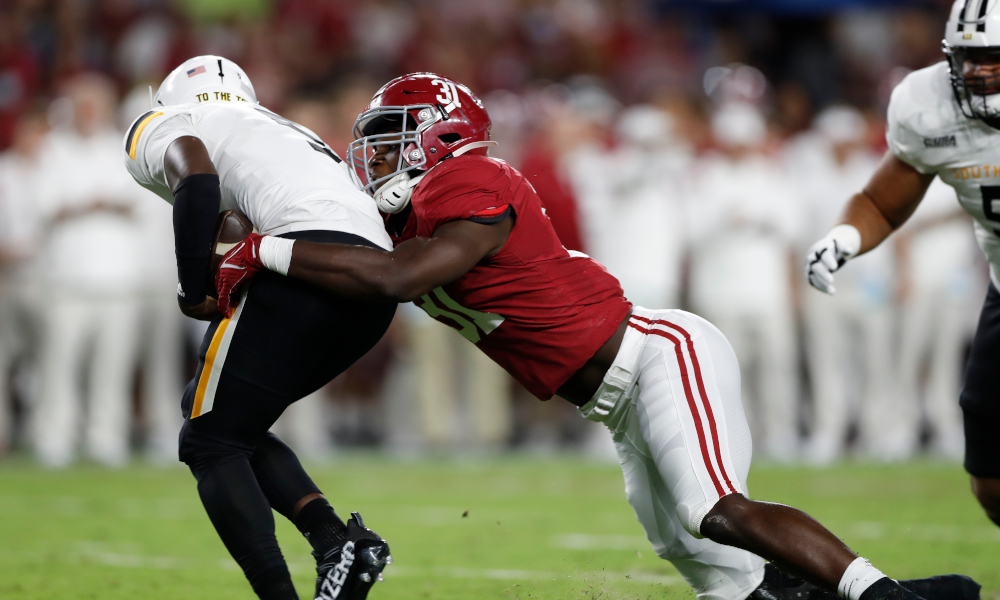 Will Anderson got one national award, Bronko Nagurski Trophy, but the Alabama linebacker has earned something better.

The sophomore is officially a Consensus All-American for the Crimson Tide. He received first-team All-American honors from three of five selectors. Anderson secured recognition from the Football Writers Association of America (FWAA), Walter Camp Football Foundation (WCFF), and Associated Press (AP). The AP named him to its first-team Monday after a dominant year.

Anderson is one of the most exciting edge rushers in college football.

Anderson is third all-time in school history for single-season sacks behind Derrick Thomas’ 18 (1987) and 27 (1988). He is second on the Crimson Tide for total tackles (92) and has a team-high nine quarterback hurries. Anderson has two pass breakups. He is the SEC’s Defensive Player of the Year and made first-team All-SEC. The 6-foot-4, 243-pounder needs two more first-team selectors to become a Unanimous All-American.