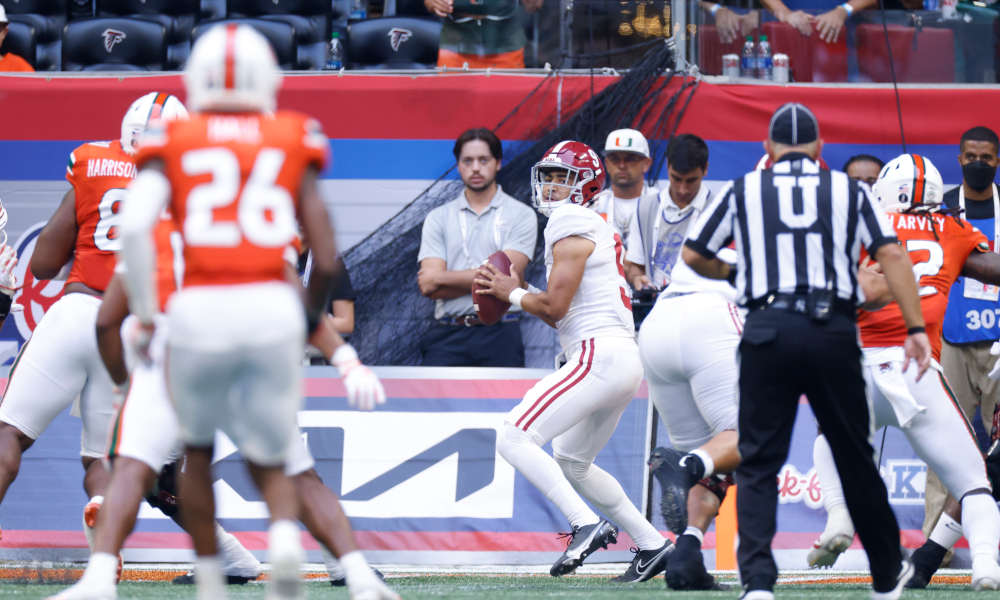 Bryce Young proved many people wrong this season, including myself.

In replacing Mac Jones, the California native had an incredible year. He guided Alabama football to an SEC Championship and has the Crimson Tide in the College Football Playoff.

Young set school records, championship game records, became a permanent team captain and has represented the program with grace. He is leading a school that eyes back-to-back national championships for the first time under Nick Saban since 2011-12. Young became the sixth 3,000-yard quarterback of the Saban era and the second 4,000-yard passer with Jones.

He accounts for 4,322 passing yards and 43 touchdowns to four interceptions.

RELATED: What does Eli Ricks transferring to Alabama mean for its secondary?

He is now the fourth Tide player to win Sporting News’ Player of the Year.

He will guide Alabama’s offense versus Cincinnati in the Cotton Bowl on New Year’s Eve.