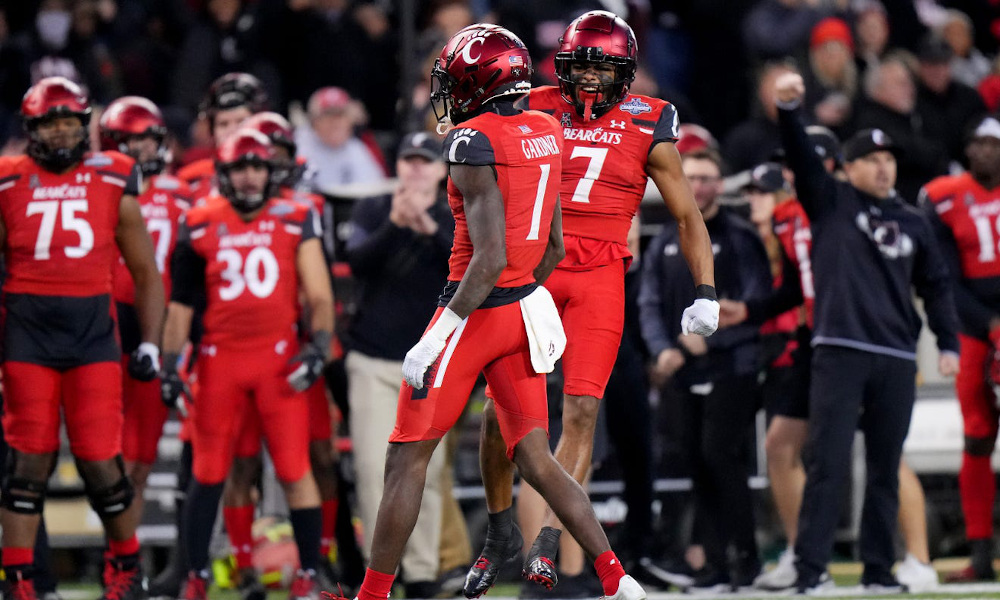 Bryce Young had low completion percentages versus Auburn (49.1) and Texas A&M (58.3) and tossed one interception in each game. He leads the Crimson Tide into the Goodyear Cotton Bowl for the College Football Playoff Semifinal against Cincinnati on Dec. 31. The matchup will be inside AT&T Stadium in Arlington, Texas, at 2:30 p.m. CT on ESPN.

RELATED: Who is Khyree Jackson and what makes him so special for Alabama? His former coach sheds light on the Alabama DB

Nick Saban has a question on his hands: To throw or not to throw on Ahmad “Sauce” Gardner of the Bearcats?

Gardner, a junior, is one of the best cornerbacks in college football.

The 6-foot-3, 200-pounder has recorded a dominant career. He has 18 pass breakups and nine interceptions in three years. Gardner has four breakups and three interceptions through 13 games. He has not allowed a red zone catch and leads a secondary that ranks second in passing yards allowed (168.3 ypg) and first in pass efficiency defense (100.5).

Gardner anchors one of the best units in the nation. He will be a first-round draft pick next April, and Pro Football Focus confirms it. Gardner is ranked No. 20 by the site at cornerback and carries a coverage grade of 85.8 in 448 coverage snaps.

He has not allowed a touchdown in his career.

Alabama needs to achieve balance offensively if it wants success against Gardner.

The Crimson Tide’s offensive line must duplicate its performance from the SEC Championship versus Georgia. Cincinnati is elite against the pass, but it struggles versus the run. Luke Fickell has witnessed his defense allow 137.5 rushing yards per game.

Opposing rushers have scored 14 times on the Bearcats.

Despite earning a 28-20 victory over Tulsa, Cincinnati surrendered nearly 300 (297) yards rushing. Brian Robinson is healthy for Alabama and has four 100-yard games. He totals 14 rushing scores and 1,071 yards rushing. The Tide needs to display its one, two punch of Robinson and Trey Sanders. It should also have Young in action with designed runs. Alabama can attack Gardner and Cincinnati’s secondary if it forces them out of its 3-3-5 look. In 2020, defensive backs thought they could check DeVonta Smith.

Seven of those matchups came without Jaylen Waddle. He burned elite defensive backs such as Derek Stingley (LSU), Marco Wilson (Florida), Kyle Hamilton (Notre Dame), Shaun Wade (Ohio State), and Eric Stokes (Georgia). Steve Sarkisian used Smith in motion and created several ways to get him into the best matchups for Alabama. Jameson Williams has more speed than Smith. Alabama has to move him around the formation and generate favorable matchups. Gardner likes to latch on to a player, but the Tide has to have Traeshon Holden, Ja’Corey Brooks, Slade Bolden, Javon Baker, and Agiye Hall set to work.

Alabama can attack Gardner, but it has to pick its moments.