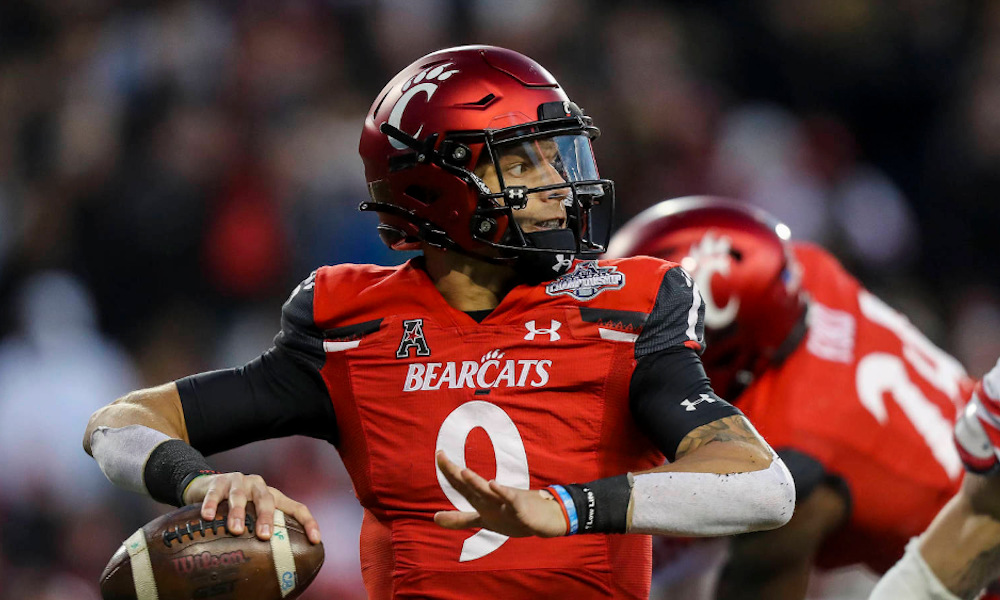 National pundits have broken down the Alabama-Cincinnati matchup from several angles.

People regard the Crimson Tide’s wide receivers and the Bearcats’ defensive secondary as the biggest key to the game.

RELATED: To throw or not to throw on Sauce Gardner, that is the question: Here’s the answer

However, Alabama’s defense must contain an explosive and confident quarterback. Desmond Ridder, a senior, is regarded as one of the top prospects entering the 2022 NFL Draft. He is a two-time American Athletic Conference Offensive Player of the Year and guided Cincinnati to an undefeated season. The 6-foot-4, 215-pounder recorded 3,190 passing yards, 36 total touchdowns (six rushing scores), and eight interceptions. Ridder’s confidence and timing allowed him to push six receivers to 20+ catches.

Ridder creates marquee plays with his arm and feet, despite getting dropped 19 times by opposing defenses.

Will Anderson Jr., a sophomore linebacker for the Tide, spoke Tuesday on the importance of containing Ridder.

“He’s a great athlete,” Anderson said of Ridder. “He’s long. He can see well downfield. He can run outside the pocket. He can extend plays with his arm and legs. They [Cincinnati] have a great offensive line, and they do a good job of protecting him. We have to contain him in the pocket.”

Anderson also mentioned Alabama’s travel to Texas is a ‘business trip, not a vacation.’

RELATED: Who is Khyree Jackson and what makes him so special for Alabama? His former coach sheds light on the Alabama DB

Anderson, a Unanimous All-American, leads the defense for sacks (15.5), tackles for loss (32.5), and quarterback hurries (nine).

Phidarian Mathis, a fifth-year senior, has eight sacks, ten tackles for loss, and six quarterback hurries as a defensive end. Alabama has other names such as Byron Young, Tim Smith, DJ Dale, Christian Harris, Henry To’oto’o, Dallas Turner, and Drew Sanders that must perform upfront. Both teams will battle each other on Friday, Dec. 31, at AT&T Stadium for the Goodyear Cotton Bowl.