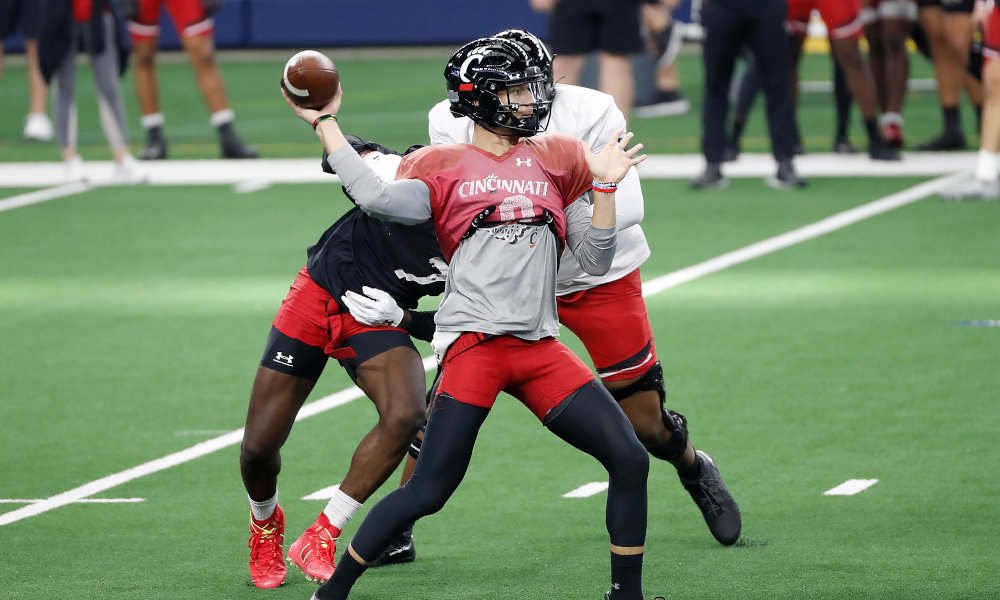 Desmond Ridder is on a stage where other quarterbacks in a Group of Five conference dream to be.

He guided the University of Cincinnati to an undefeated season, an American Athletic Conference Championship, a College Football Playoff berth, and a chance to shock the world.

As a senior from Louisville, Ky., Ridder is an exceptional talent.

RELATED: Alabama must set the tone and make a statement in semifinal matchup against Cincinnati

He is a two-time AAC Offensive Player of the Year winner. The 6-foot-4, 215-pounder will be among the players potentially taken high next April in the NFL Draft. Ridder has an explosive arm, totaling 3,190 passing yards and 30 touchdowns. He also fits the category of signal-callers that give Nick Saban-coached Alabama teams a tough time. Ridder’s athleticism guided him to six rushing touchdowns.

He distributes passes efficiently to receivers as six different Bearcats have caught 20+ passes.

Alec Pierce is Ridder’s top target with 50 catches for 867 yards and eight scores.

Ridder can join a distinguished fraternity with a win over Alabama in Friday’s College Football Playoff Semifinal matchup.

He could be the nineteenth quarterback to defeat Coach Saban since 2008. LSU’s Jordan Jefferson beat the Crimson Tide twice in 2010 and 2011.

He knows a national championship goes through the Tide, and Ridder wants the challenge.

Alabama needs to be on notice for him in the Goodyear Cotton Bowl at AT&T Stadium.