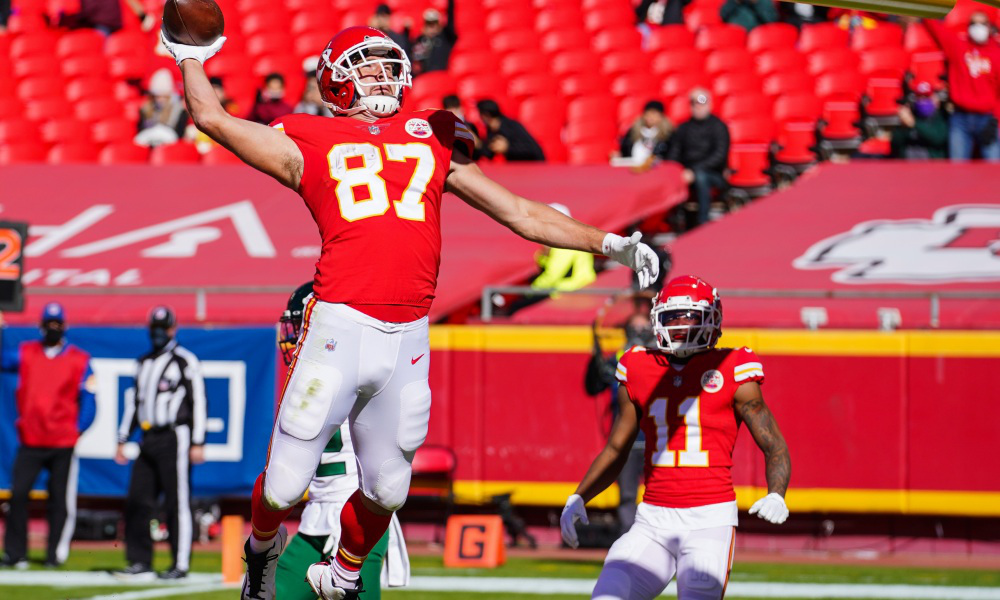 Alabama is back in the College Football Playoff National Championship Game after defeating Cincinnati, but one Bearcat legend was not impressed with the Crimson Tide.

Travis Kelce is a Super Bowl champion, seven-time Pro Bowl selection, three-time first-team All-Pro, and a member of the NFL 2010s All-Decade Team. He got selected in the third round of the 2013 NFL Draft by the Kansas City Chiefs. Kelce is one of the league’s most dominant tight ends, and he played at the University of Cincinnati from 2008-12. He recorded ten touchdown receptions as a Bearcat, including a career-high eight scores during his senior year in 2012.

The 32-year-old watched his Alma mater suffer a 21-point loss to the Crimson Tide at AT&T Stadium in the Goodyear Cotton Bowl Classic.

Kelce was not feeling the dominance.

Let’s be honest tho…. Bama didn’t impress anyone tonight. They played good enough….

Cincinnati had a strong season, but it did not have enough to hang with the Tide.

Alabama and Georgia will face each other on Jan. 10, 2021, for the national championship.