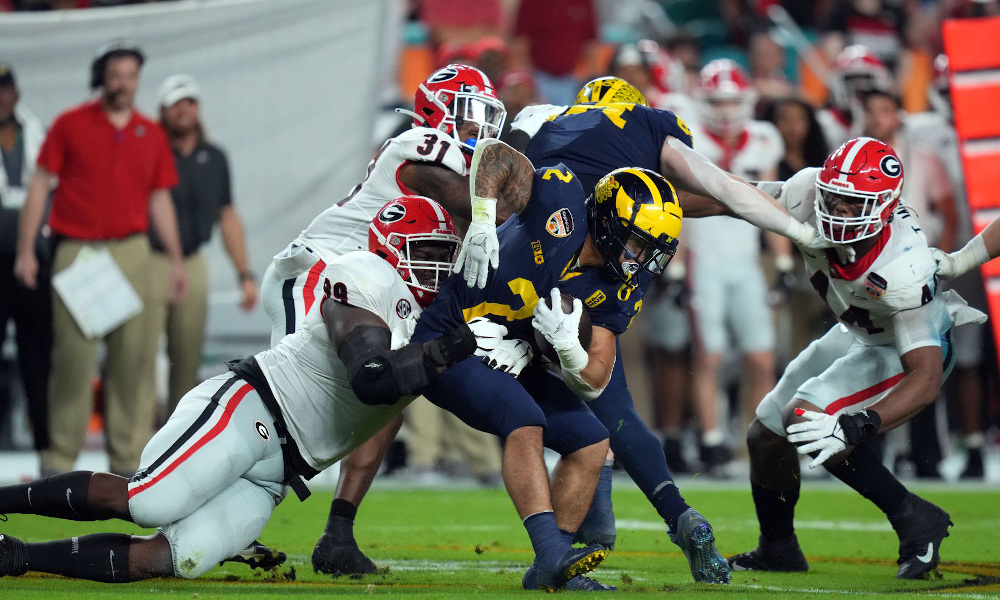 College football has endured many changes, but having two Southeastern Conference schools play for a national championship is a constant.

Alabama and Georgia will battle for ultimate supremacy on Jan. 10, 2021, at Lucas Oil Stadium in Indianapolis, Ind. The Crimson Tide earned a 27-6 victory over Cincinnati in the Goodyear Cotton Bowl Classic. Georgia grabbed a 34-11 win over Michigan in the Orange Bowl.

Several betting sites have Georgia as a 2.5-point favorite.

Some national media pundits have the Bulldogs winning too.

Alabama was a desperate team in Atlanta. Georgia didn’t need it like Bama did. Georgia was the best team all season and still is.

Give me the ‘Dawgs in Indianapolis.

Alabama handled Georgia, 41-24, in the SEC Championship Game on Dec. 4. In the game against the Wolverines, a Bulldog player screamed, “This is our year; we ain’t done yet.”

“This is our year, we ain’t done yet!” #CFBPlayoff pic.twitter.com/vh3XcLenc4

Georgia has won one victory over Nick Saban at Alabama, and it came in 2007.

Since then, the Tide has won the last seven meetings. Georgia fans are hungry for a championship as the program has not won a national title since 1980.

Kirby Smart is winless in four tries versus Saban, including a loss in the 2018 College Football Playoff National Championship Game.

We will see what happens this time around.