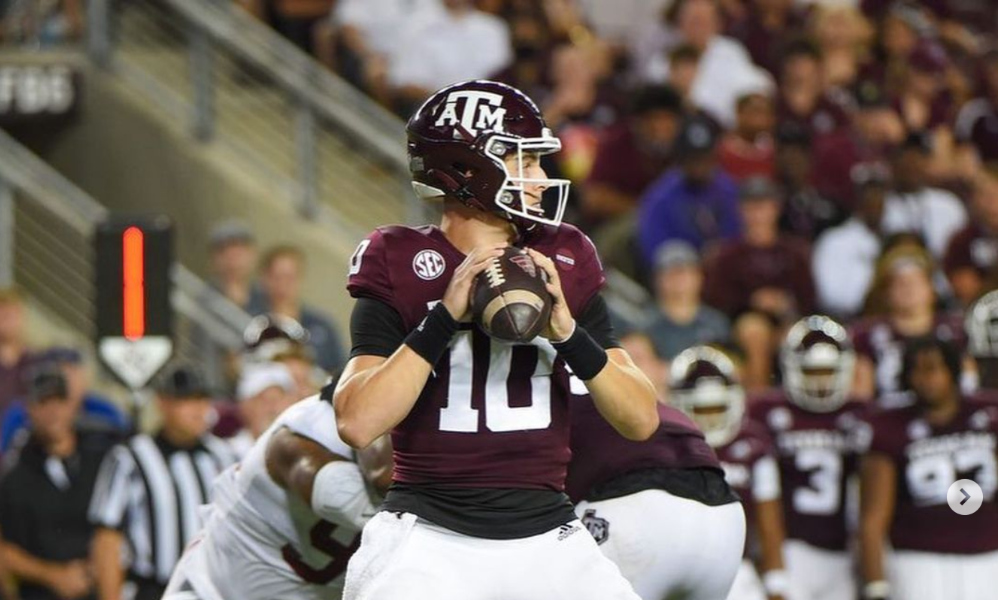 As if the Iron Bowl needed any extra storylines going into next season, there will certainly be another rich chapter in the rivalry following the addition Auburn made at quarterback.

On Thursday former Texas A&M quarterback Zach Calzada announced on social media that he will be joining the Tigers next season after entering the transfer portal back in December.

It’s a much-needed add at quarterback for Brian Harsin as 2021 starter Bo Nix opted to transfer to Oregon in his final year of eligibility. But what makes this move significant for the rivalry between Alabama and Auburn is that Calzada was the only quarterback as of now to defeat the Crimson Tide this season.

As a member of Texas A&M, Calzada led the unranked Aggies to a 41-38 upset victory over the No. 1 ranked Crimson Tide at Kyle Field. It was the first time Saban lost to an unranked opponent as the top-ranked team in the country and it was his first loss to a former assistant in Jimbo Fisher.

In the win, Calzada completed 21/31 passes for 285 yards and three touchdowns as the offense put up a total of 41 points on Alabama’s defense.

The Crimson Tide not only had a hard-fought game against Calzada and the Aggies but also struggled mightily on the road against Auburn this season.

Alabama was shut out for three quarters and faced a 10 point deficit late into the fourth quarter against the Tigers back in November. It took a late drive from quarterback Bryce Young who connected with freshman wide receiver Ja’Corey Brooks on a 28-yard touchdown pass just to force overtime with 24 seconds remaining.

Four overtime periods and a John Metchie two-point conversion later and the Crimson Tide escaped Jordan-Hare Stadium with a 24-22 win.

The Tigers don’t quite have the full roster of talent that the Aggies did this past season but Calzada knows what it takes to beat Saban and Alabama which is all the team is looking for right now.