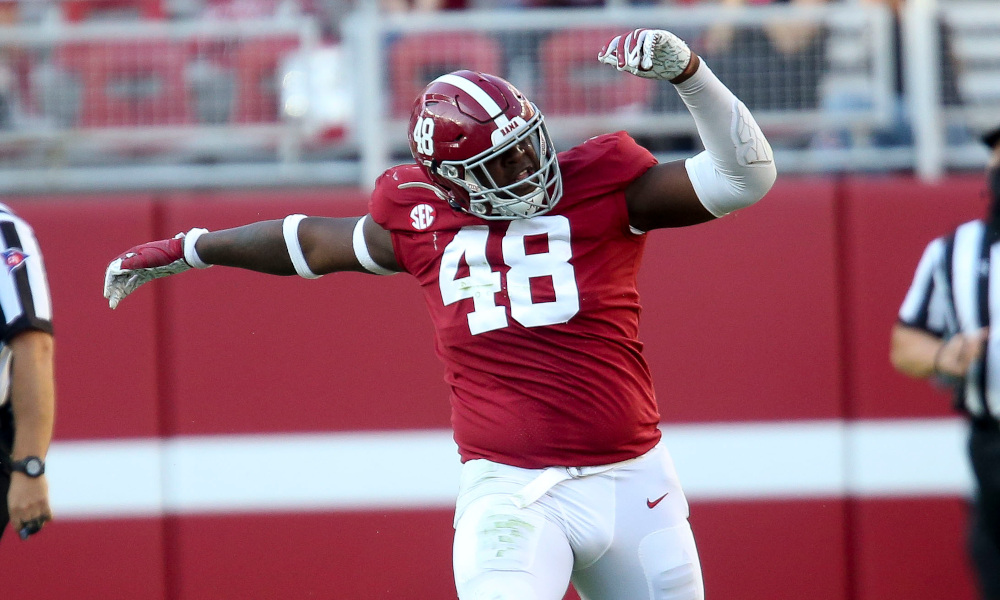 LeBron James and Rich Paul have one of the best sports agencies in the business.

Since 2012, Klutch Sports has represented some of the biggest names in the National Basketball Association. The company has now ventured into football, and two alums from the University of Alabama have signed. Phidarian Mathis and Evan Neal have declared for the upcoming NFL Draft. Both won a national championship together with the Crimson Tide in 2020, while Mathis has two national title rings from 2017 and 2020. Mathis and Neal have at least two Southeastern Conference title rings.

#Bama OT Evan Neal has signed with Damarius Bilbo of @KlutchSports for representation, making his leap to the NFL official. https://t.co/O7BNNG1R1K

Both players earned permanent team captain honors from their peers in 2021. Neal could be the No. 1 overall pick in April.

RELATED: Alabama OL/TE Kendall Randolph is returning to school for his sixth year

Mathis is viewed as an early Day 2 pick (second-round), but he could sneak into the first round. He is heading to the Reese’s Senior Bowl and needs a strong performance there. If Mathis dominates the Senior Bowl and NFL Combine, he could become a late first-round selection.