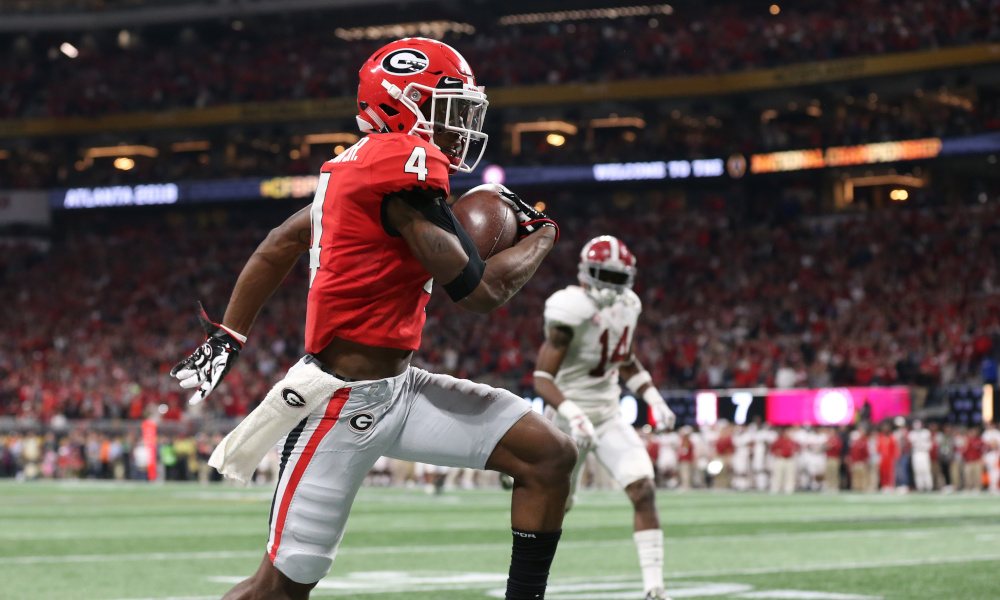 Georgia fans and former players are not happy with Jermaine Burton.

After he entered the NCAA transfer portal, Burton chose to commit to Alabama football.

He helped the Bulldogs capture its first national championship in 40+ years, but he wants a fresh start. Supporters of the Bulldogs are not having it as they have been vocal on social media about Burton’s decision.

Some are understanding of his move, while others expressed disappointment.

Hardman, a native Georgian, played for the Bulldogs from 2016 to 2018. He recorded 60 receptions for 961 yards and 11 touchdowns in three years. Hardman totaled 592 punt return yards and 875 kick return yards. He caught an 80-yard touchdown from Jake Fromm in the 2018 College Football Playoff National Championship Game versus Alabama.

The Crimson Tide finished with a 26-23 overtime victory over Georgia. Hardman is in his third season with the Kansas City Chiefs, but he cannot believe Burton would go to the Tide.

The California native responded on Twitter by saying, “Why it matters who agrees? My career. Nobody else’s.”

Why it matter on who agree ? My career . Nobody else’s.💯 https://t.co/kzPKVnc0Zt

Alabama is still the needle of college football. It fell to Georgia and took one of its receivers out of the portal.

Burton is prepared to show the world he is a primetime star next season.