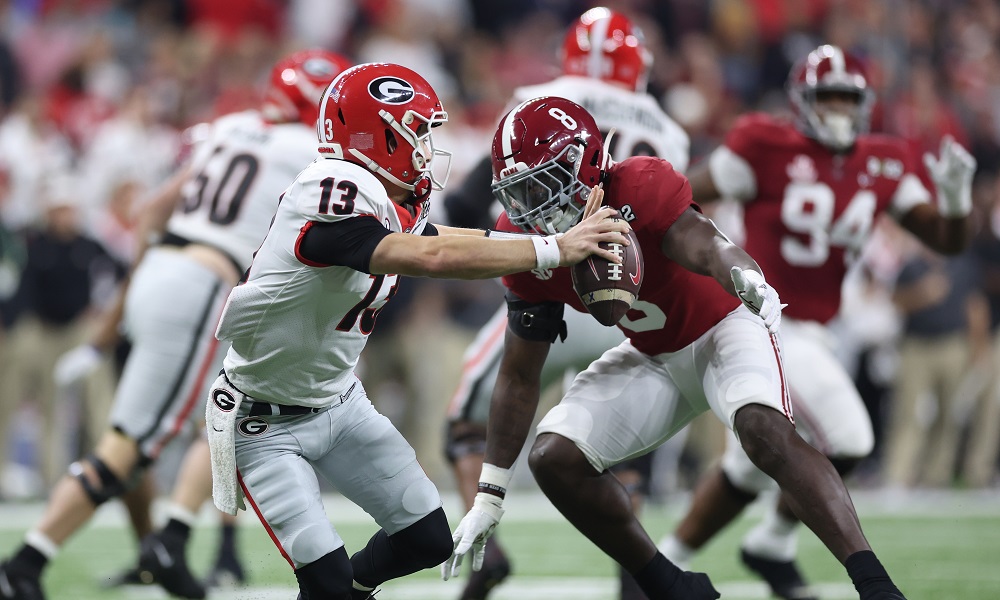 Christian Harris was a defensive back at University Lab School in Baton Rouge (La.) before playing linebacker for Alabama football, and the speed today showed it.

NFL Network’s Bucky Brooks has Harris as his No. 3 linebacker for the NFL Draft.

.@BuckyBrooks No. 3 LB @AlabamaFTBL Christian Harris with a speeeeedy 4.44u. @Charris_36

He turned in unofficial times of 4.44 seconds and 4.46 seconds in the 40-yard dash. Harris’ acceleration and production took off for the Crimson Tide in the latter part of the 2021 season. He recorded 21 tackles, 5.5 stops for loss, 3.5 sacks, two quarterback hurries, and one forced fumble in Alabama’s last four games of the campaign. Harris tallied his best performance versus Georgia in the College Football Playoff National Championship Game — totaling seven tackles, four tackles for loss, three sacks, and one forced fumble. He finished his junior season with 79 tackles, 12.5 stops for loss, 5.5 sacks, four quarterback hurries, three pass breakups, and two forced fumbles. His 40-time and smooth footwork in on-field workouts may have him as a late first-rounder.

Harris was a top performer at his position for the vertical (34.5″) broad (11’0″) jumps. He had an impressive Combine.