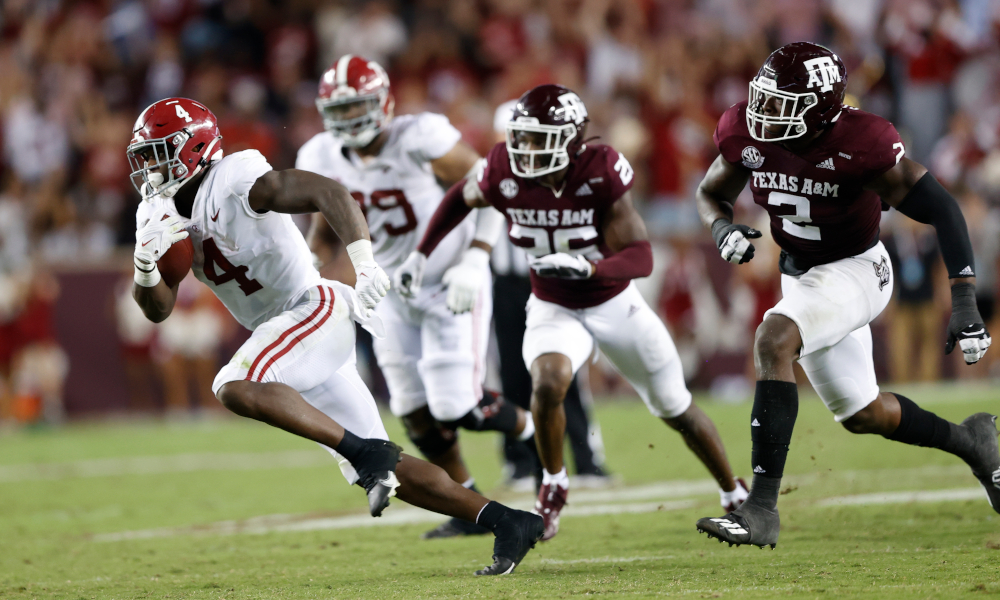 The NFL Scouting Combine featured speed at running back, but an Alabama alum held his own.

Brian Robinson competed in the 40-yard dash on Friday, and he turned in an impressive time. The 6-foot-2, 225-pounder is known as a power runner that seeks out contact. People expected him to run a 4.6, but Robinson shocked draft pundits with his acceleration. The Tuscaloosa native clocked an official time of 4.53 seconds, making him a top performer in the event.

A 4.53 is a great time for Brian Robinson. Forget about him running at pro day. Already stuck the landing in Indy.

Robinson is projected as a Day 2 pick, but his 40-time might have cemented him for the second round.

He was also a top performer in the broad jump at 9 feet, 11 inches. Robinson posted a 30″ vertical and per NFL.com., his prospect grade is 6.21 (“will eventually be an average starter). His production increased throughout his five-year career with the Crimson Tide. Robinson tallied 1,343 yards rushing in 2021 and 14 touchdowns on 271 carries. He finished ninth all-time in school history for single-season rushing yards and 10th for touchdowns. Robinson’s 29 rushing scores in his career tie him for 10th all-time with Tony Nathan (29, 1975-78). He won three Southeastern Conference Championships (2018, 2020-21) and two College Football Playoff National Championships (2017, 2020). A team will get a lot of value in Robinson in the second round.