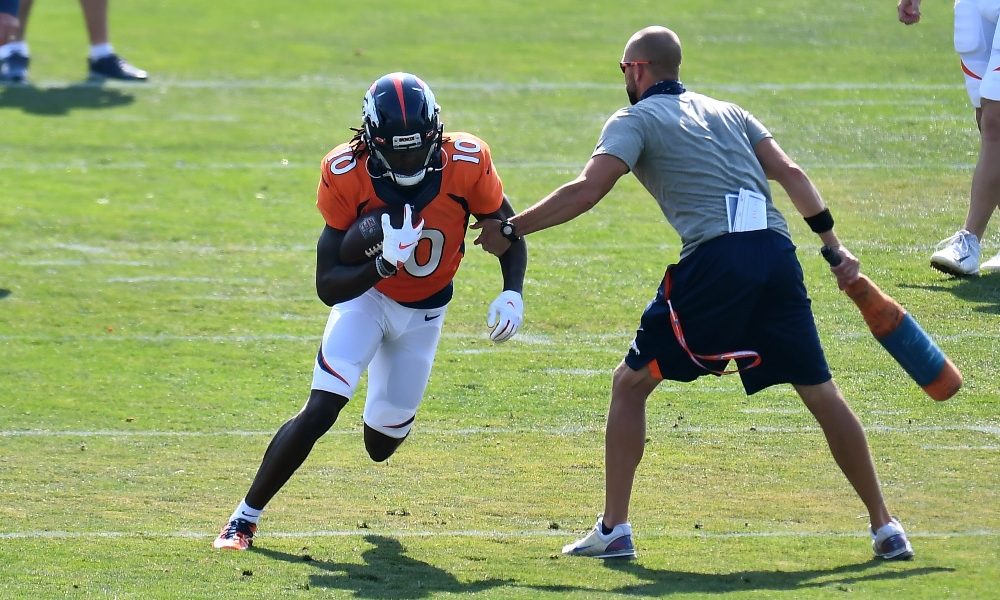 Tuesday was a day full of quarterback news and none was bigger than the Denver Broncos acquiring Russell Wilson in a potential blockbuster trade. The deal is said to involve multiple first-round picks and players pending a Wilson physical for official approval.

Blockbuster: After weeks of negotiations, in one of the largest trades in NFL history, the Seattle Seahawks and Denver Broncos have agreed to terms for a deal involving Super-Bowl winning QB Russell Wilson, sources tell ESPN.

Trade is pending a physical and Wilson’s approval. pic.twitter.com/oRFDV8Ehyx

Not only does this mean that Denver has its true quarterback of the future since Peyton Manning, but the franchise can now fully utilize the talented receiver room that it’s invested in over the past few years.

Namely 2020 first-round pick Jerry Jeudy is already looking forward to working with Wilson and shared his reaction on social media shortly after the deal was announced.

The day was a potential big swing of reactions for Jeudy who had apparently also hinted at his feelings towards an Aaron Rodgers deal that had fallen through earlier. Rodgers ended up resigning with the Green Bay Packers but multiple reports stated that Denver was the second team in the running.