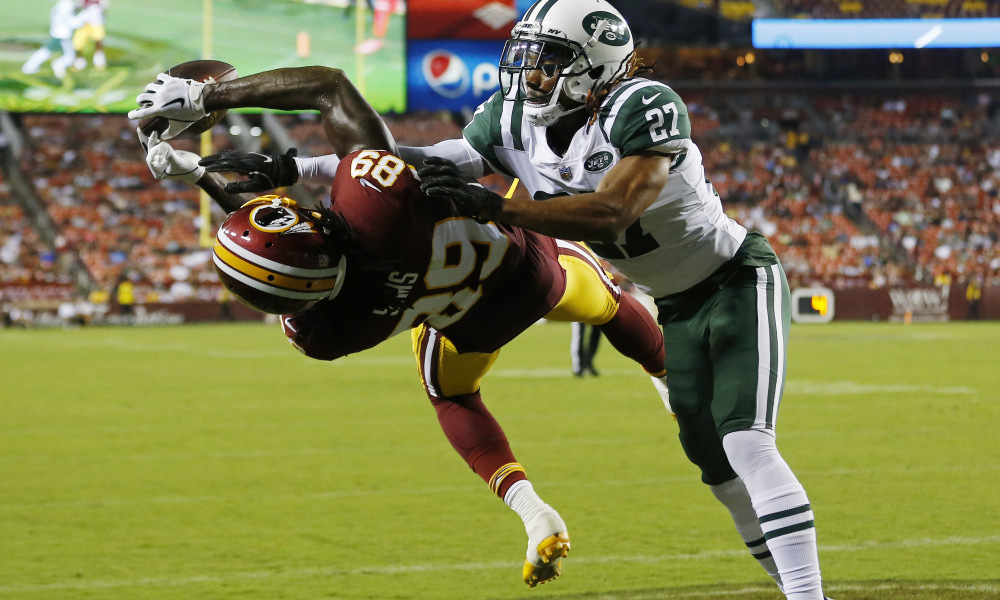 Cam Sims is about to enter his fifth season with a team that took him as an undrafted free agent in 2018.

The Washington Commanders, per reports, are expected to sign Sims back. He earned a spot on the active roster in 2019 and has played in 37 career games. The 6-foot-5, 220-pounder totals 49 receptions for 715 yards and three touchdowns. He recorded 15 catches for 211 yards receiving and two scores in 2021. Sims has the size, hands, routes, body control, and playmaking abilities to be successful, but he has sustained injuries. Washington has shown the willingness to work with him as a wide receiver.

Washington Commanders are expected to sign back WR Cam Sims, per source. That’s in the works.

Washington is trying to bring back WR Cam Sims, per source

Sims made plays in 2020 and 2021 when Washington targeted him offensively.

As a Louisiana native, he came in the 2014 recruiting class as a four-star to the University of Alabama. He has three Southeastern Conference title rings (2014-16) and two College Football Playoff National Championship rings (2015, 2017).