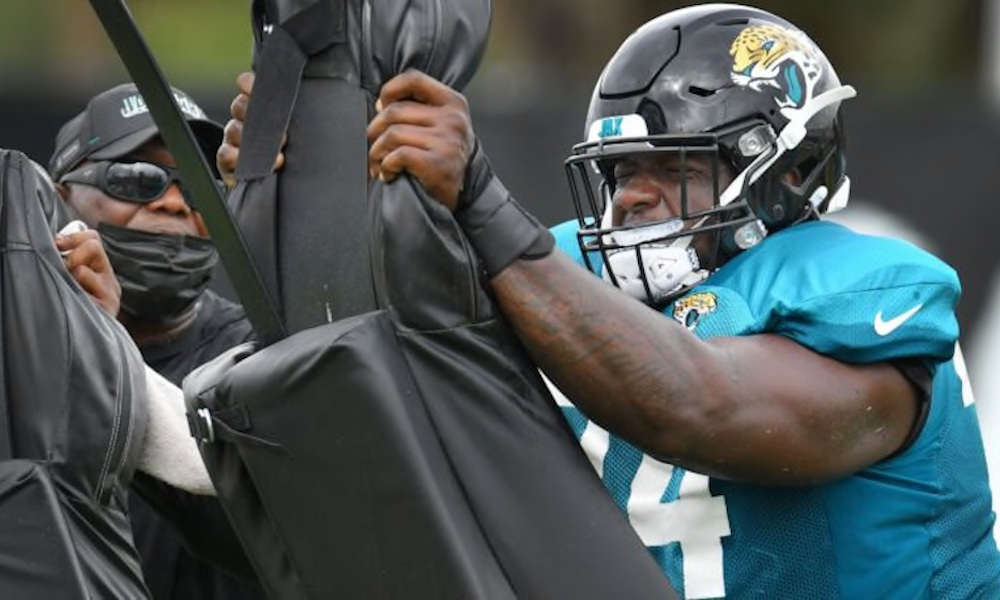 The Jacksonville Jaguars have security on their offensive line for Trevor Lawrence.

No one knows where it will go with its first selection on Thursday night, but the Jaguars have a foundational left tackle for three years. Jacksonville decided to use the franchise tag on Cameron Robinson for a second straight year. He got tagged on March 9, 2021, for a one-year deal and got tagged again on March 8. The Jaguars were able to craft a three-year contract extension worth $54 million for Robinson. He agreed to the offer, per NFL Network’s Ian Rapoport, and will make $18 million per year.

The #Jaguars and franchised tagged OT Cam Robinson have agreed to terms on a 3-year deal worth $54M, sources say. $18M per year. 💰 💰 💰 https://t.co/NuqEDdoCyw

Robinson got selected in the second round (No. 34 overall) of the 2017 NFL Draft by the Jaguars.

RELATED: Brian Robinson is the ‘sleeper running back’ of this draft, per Mark Ingram

He has started 61 games in his career. The 6-foot-6, 335-pounder came to the University of Alabama as a five-star offensive lineman in its 2014 recruiting class. He won three Southeastern Conference titles (2014-16) and a College Football Playoff National Championship in 2015. Robinson cleared the way for Derrick Henry to rush for 2,219 yards in 2015 and win the Heisman Memorial Trophy. He also protected Blake Sims (2014) and Jacob Coker (2015) to throw for 3,000+ passing yards.

Jacksonville has an anchor up front with Robinson.