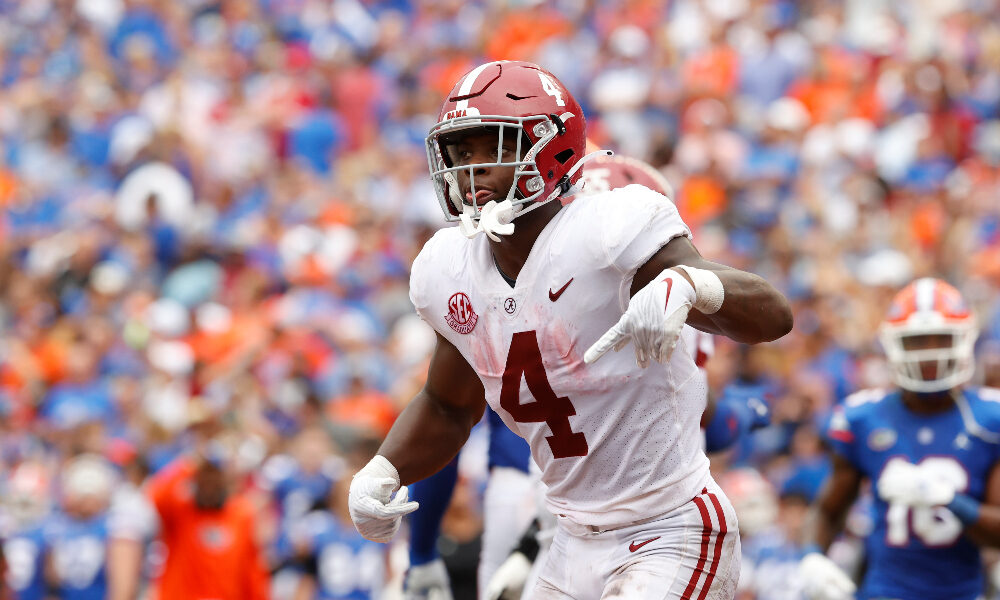 Mark Ingram’s career at Alabama was different from Brian Robinson’s, but both carry similarities as running backs.

Ingram started in his second season (2009) in Tuscaloosa, while Robinson had to wait until his fifth year (2021) to be the primary back. Both were 1,000+ yard rushers who had to share responsibilities with other talented players. Ingram shared a backfield with Trent Richardson and Eddie Lacy. Robinson shared the ball with Jase McClellan, Trey Sanders, and Roydell Williams.

Ingram and Robinson run the ball with purpose, determination, power, and anger.

Ingram possessed more speed, quickness, and explosive cuts, but both delivered for the Crimson Tide’s offense. Ingram won the Heisman Trophy in 2009 and became a first-round selection in the 2011 NFL Draft by the New Orleans Saints. Before his twelfth season starts, Ingram had high praises for Robinson during a draft edition of Twitter Spaces on Tuesday.

The 2009 BCS National Champion said Robinson is the ‘sleeper’ of the draft.

“He was a huge part of Alabama’s success last year,” Ingram said about Robinson. “He delivered as a senior, and he stayed the course. My little brother has that dawg in him, and you cannot teach that. He runs physical. He is great in pass protection, and he can catch out the backfield.”

Ingram said Robinson creates ‘huge value’ for any team that takes him on day two. The 6-foot-2, 225-pounder recorded his first 1,000+ yard rushing season (1,343) in 2021 with 14 touchdowns. Robinson assisted Alabama to an SEC Championship, a Cotton Bowl victory, and an appearance in the College Football Playoff National Championship Game.