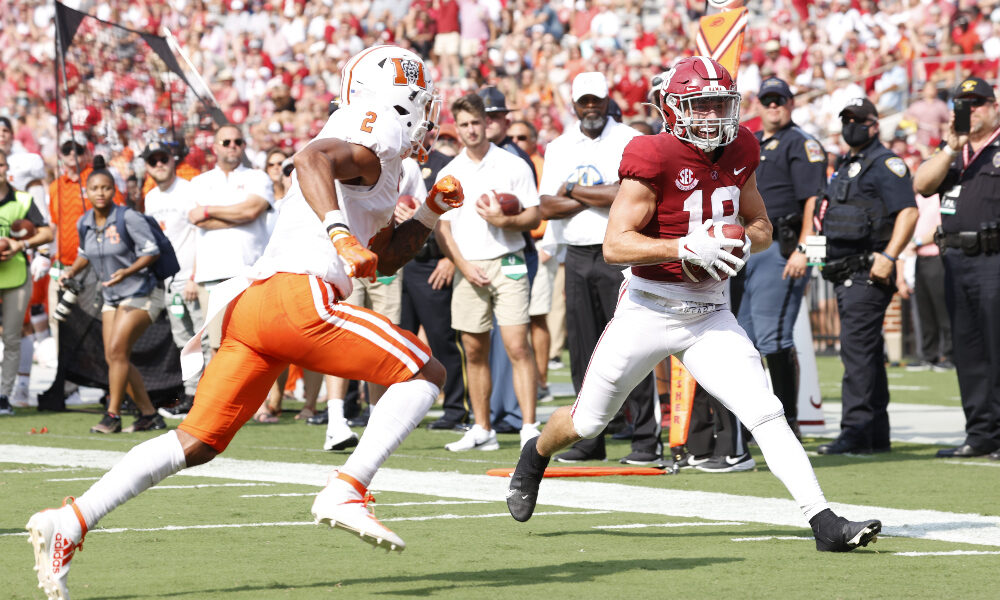 Slade Bolden will continue his football career in the pros.

He was not selected through seven rounds of the NFL Draft, but the former Alabama wide receiver signed an undrafted free agent contract for the Baltimore Ravens. Bolden, a Louisiana native, announced the news on Saturday via Twitter.

God is Good!! I will be a Baltimore Raven! Can’t wait to be a part of this great organization. Big Trussss!! 💜

The 5-foot-11, 193-pounder is back with his former teammate, Jalyn Armour-Davis. He also joins former Alabama cornerback Marlon Humphrey. Bolden caught 42 passes for the Crimson Tide in 2021 for 408 yards receiving and three touchdowns.

He does not have blazing speed, but Bolden runs good routes, possesses strong hands, and shows versatility on special teams.

At Alabama, Bolden won a College Football Playoff National Championship in 2020 and three Southeastern Conference Championships (2018, 2020, 2021). He arrived on campus as a three-star in 2018, but Bolden developed into a quality player.

John Harbaugh, Ravens’ head coach, gets a hardworking, competitive player. Bolden looks to prove teams that passed on him during the draft wrong. Alabama fans are excited to see how he performs in rookie minicamp and throughout the process in Baltimore.