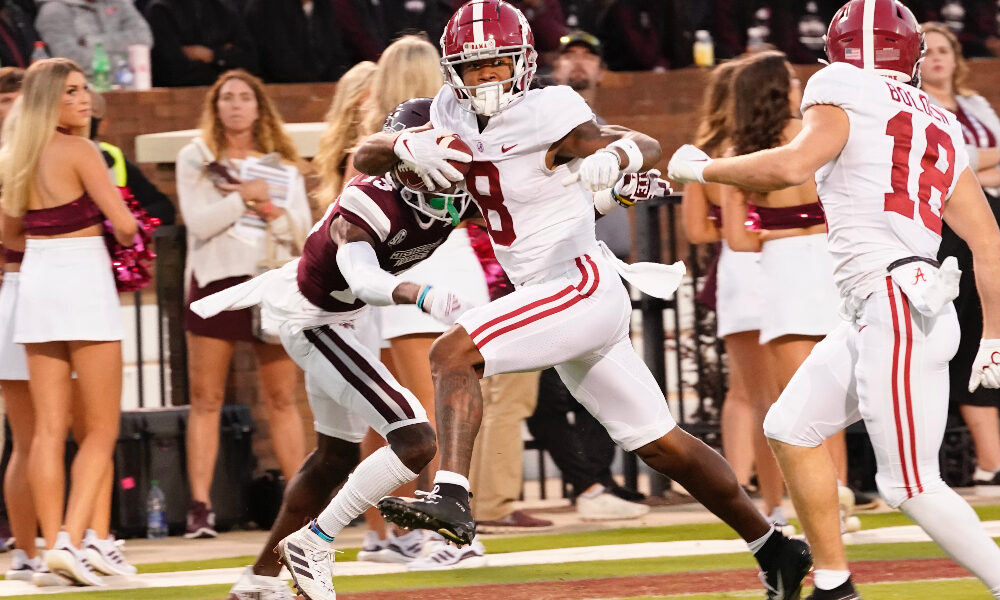 John Metchie has agreed to terms with the Houston Texans on his rookie contract.

He got selected in the second round (No. 44 overall) in the NFL Draft. Aaron Wilson, who covers the NFL for Pro Football Network, reported the news on Friday. Metchie has a four-year deal worth $8.07 million that includes a $3.049 million signing bonus. The native Canadian led Alabama football in receptions (96) in 2021 and totaled 1,142 yards and eight touchdowns.

Metchie earned second-team All-SEC honors for his efforts and helped the Crimson Tide to an SEC Championship.

RELATED: Tua Tagovailoa can make all the throws per offensive coordinator Darrell Bevell

He went through drills in rookie minicamp with the Texans, wearing No. 88 without a brace on his leg. Metchie suffered a season-ending knee injury (ACL) in the SEC Championship Game versus Georgia. He told reporters on draft day that he ‘feels great’ and should be ready to go by the regular season. Metchie looks forward to becoming an impactful playmaker for Davis Mills.

John Metchie III (No.88) going through drills, not wearing a brace after tearing his ACL in the SEC title game.

He said on draft day that he feel great.#Texans pic.twitter.com/V5loM4975h