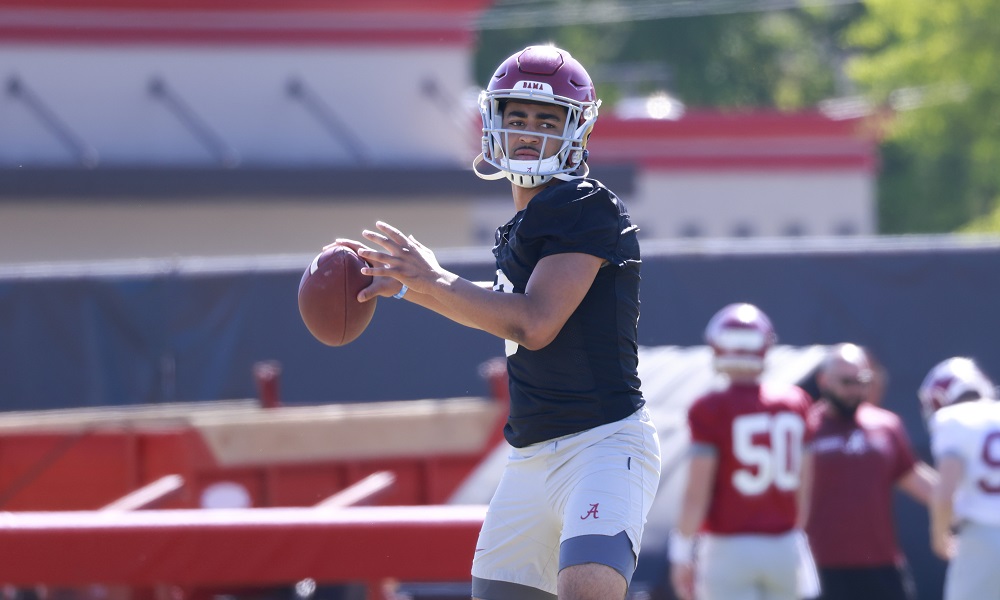 We are getting an education into today’s NIL-driven college football world.

It may be a confusing learning process, but a process nonetheless. NIL has young head coaches excited and older ones concerned about the future of the sport. The dialogue became a feud between Nick Saban (Alabama) and Jimbo Fisher (Texas A&M) on a national stage. Saban said Texas A&M “bought every player” in the top-ranked 2022 recruiting class with NIL funds, and Fisher called Saban “despicable” and a “narcissist” for publicly attacking his program.

People have discussed the near seven figures of NIL funds for Bryce Young.

Texas A&M fans wonder if Young can have $1 million in NIL deals, then why is Coach Saban whining. Young’s compensation for his name, image, and likeness is different from what Saban is accusing Texas A&M about. Young arrived at Alabama as arguably the top quarterback in the 2020 cycle as a five-star from California.

He set a couple of single-season school records and won the Heisman Trophy.

Young’s talent, skill set, and star power would land him big deals no matter if/when NIL was made legal. Also, he had a year of experience in Alabama’s program before NIL became a reality. The purpose Saban discussed on Wednesday about today’s college football climate is having players who are currently on a team pursue these third-party collectives for compensation.

NIL’s goal is not to be a recruiting tool to entice 17 to 18-year-olds to come to a particular program as the highest bidder.

Young played his freshman season before joining a marketing team to represent him for NIL and started collecting deals. Saban is stating Texas A&M used the third-party collectives to entice recruits to choose them before playing a snap.

Young would have gotten deals anyway, but it came with him already in place in Tuscaloosa.