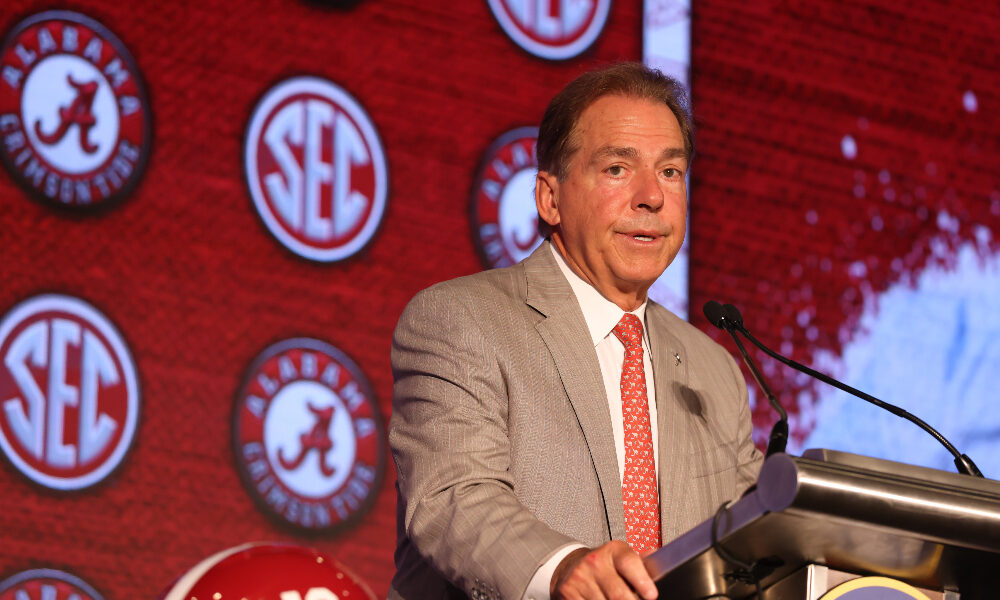 After Nick Saban’s comments from Wednesday where he named Jackson State and Texas A&M in a rant about name, image and likeness, Tigers head coach Deion Sanders has finally responded to Saban’s comments after vowing to on social media.

Sanders gave his thoughts about what Saban said during an interview with Andscape where he shared that he would like to talk with him publicly about the matter.

On Wednesday, Saban claimed that Jackson State had paid a million dollars for top recruit Travis Hunter and bragged about it. There were initial rumors when Hunter first committed to Jackson State in December that he received a $1.5 million NIL deal, but Sanders was quick to deny the report.

Hunter got into the mix himself on Twitter where he state that if he was paid a million dollars then why does his mother still lives in a three-bedroom house with five children?

I got A mil?😂But my mom still stay in a 3 bed room house with five kids 🤣

Sanders would respond to Hunter’s tweet as well saying that he didn’t even make a million dollars as the team’s head coach.

Although Saban has been wrapped in controversy over the past two days, Sanders said that his comments have not changed how he feels about him.

“I’m sure he’ll get back on course. I ain’t tripping.”