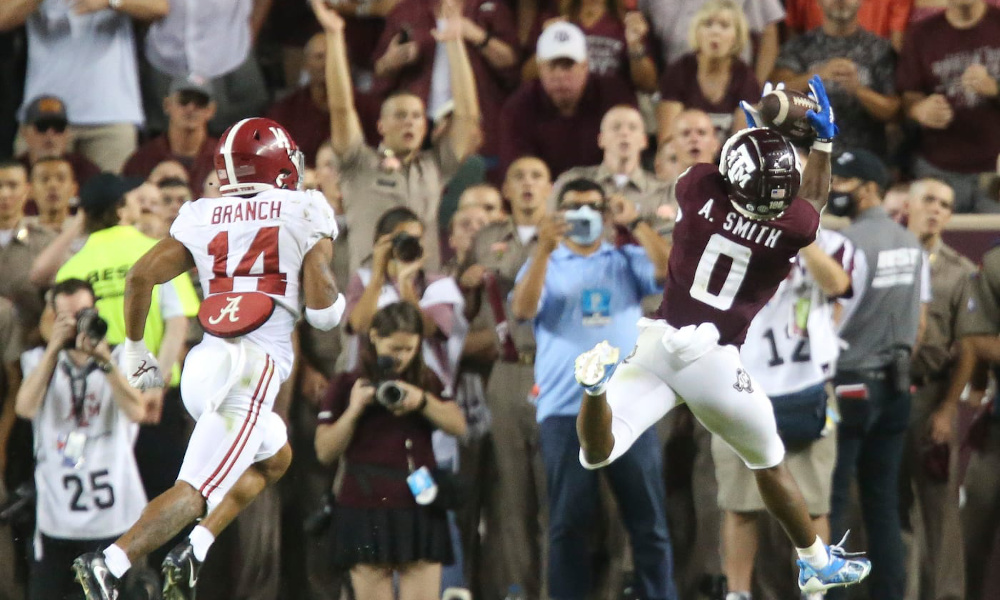 Nick Saban has the entire Texas A&M program ready to come to Tuscaloosa in the fall on Saturday, Oct. 8.

Bryant-Denny Stadium may have a sell-out crowd on hand. The Aggies earned a 41-38 victory over the Crimson Tide in 2021 at Kyle Field, but a NIL feud between Saban and Jimbo Fisher has both sides ready for this game. Several beat reporters and players for the Aggies have defended Coach Fisher. Ross Bjork, athletics director for Texas A&M, said Saban is “threatened.”

Ainias Smith, a wide receiver, is entering his senior season for the Aggies.

He has been stellar against Alabama’s defense in back-to-back matchups. The 5-foot-10, 190-pounder recorded six catches for 123 yards and two touchdowns (20.5 yards per catch) in a 2020 meeting against the Crimson Tide in Tuscaloosa. Last season, Smith posted six receptions for 85 yards and two touchdowns. He’s found ways to torch Alabama, especially on wheel routes. Smith is encouraging the Aggie fans to “pack the stadium.” He said on Twitter the game has “got personal” and he’s set to face Alabama.

It Just Got Personal. Let’s Pack The Stadium A&M. #Aggiehonorcode

The Alabama-Texas A&M Game might be a tougher ticket than the Super Bowl.