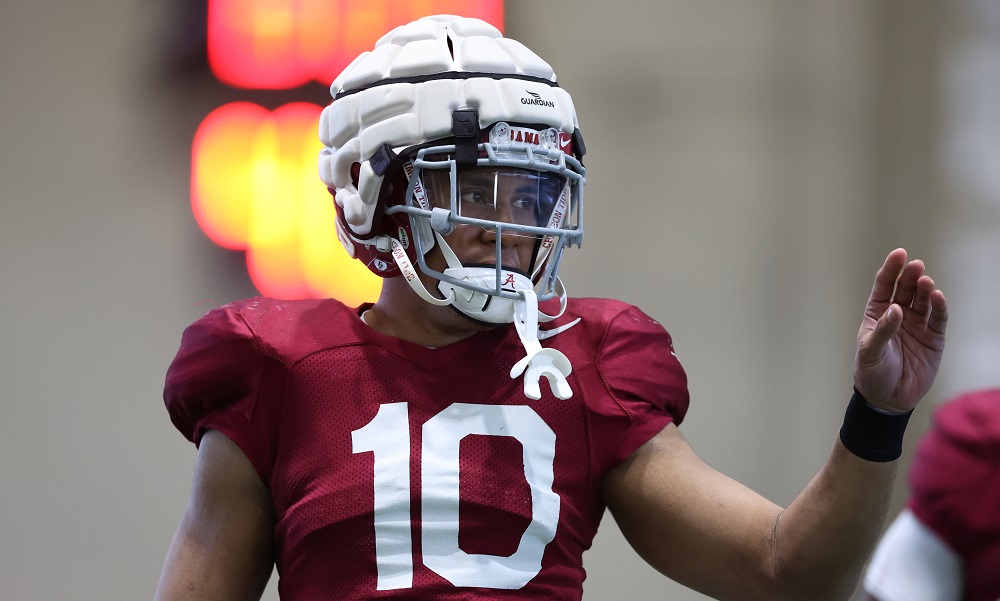 Could an electric senior season be in the works for Henry To’oto’o?

The veteran linebacker chose to return to the University of Alabama for “unfinished business.”

He arrived in the summer of 2021 as a transfer from Tennessee. To’oto’o won the starting job at middle linebacker and his production improved throughout the year. He finished the season with 113 tackles (team-high), 8.5 tackles for loss, four sacks, two quarterback hurries, two pass breakups, and a forced fumble. To’oto’o had his best performances toward the end of the campaign, helping the Crimson Tide to a Southeastern Conference Championship and a victory in the Goodyear Cotton Bowl.

The 6-foot-2, 228-pounder had a good spring. He looks to lead Alabama’s defense to a College Football Playoff National Championship and create value as a first-round pick. Jim Nagy, Senior Bowl executive director, is high on To’oto’o for the fall.

He raved about To’oto’o’s pre-snap communication, reaction speed, and instincts during a film breakdown.

Most instinctive linebackers have knack for disguising & timing blitzes and Alabama’s Henry To’oto’o is that guy. Here’s @HenryTootoo1 showing good closing burst getting home on an add rush vs. LSU.#TheDraftStartsInMOBILE™️ pic.twitter.com/0lSKllLBy2

Nagy took moments against LSU, Florida, and Texas A&M to highlight To’oto’o’s excellence. He has a year in Nick Saban’s system, so the senior should be more comfortable directing signals and making plays. Alabama can have its best defensive unit since 2016, but it starts with To’oto’o. A national championship should happen if he has everyone and himself in place to succeed.